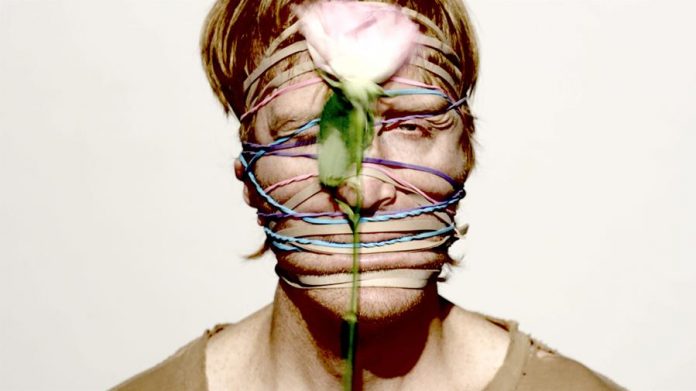 Today we have the video for “The Liar” – by acclaimed photographer Dan Monick – which is a surprisingly disturbing visual metaphor about the themes of the song.

Explains van der Spek: “’The Liar’ was originally written to describe how fear can sometimes obscure reality. But it’s now taken on a broader more topical interpretation by some first listeners… It’s a song I’ve been working on for a while that has unexpectedly become weirdly relevant in this era of fact and fiction being so easily blurred.

I had the absolute pleasure of recording these new songs with Chris Woodhouse, who helped me take ”The Liar” in particular to a bigger, tougher sonic space than what I’ve previously been able to do recording myself.

Dan Monick is responsible for the video in which my discomfort aims to entertain. Although it may not seem like I am enjoying myself, I discovered that having one’s head bound with elastic bands is surprisingly relaxing.”

Prism Tats is working on more new music to be released later this year.