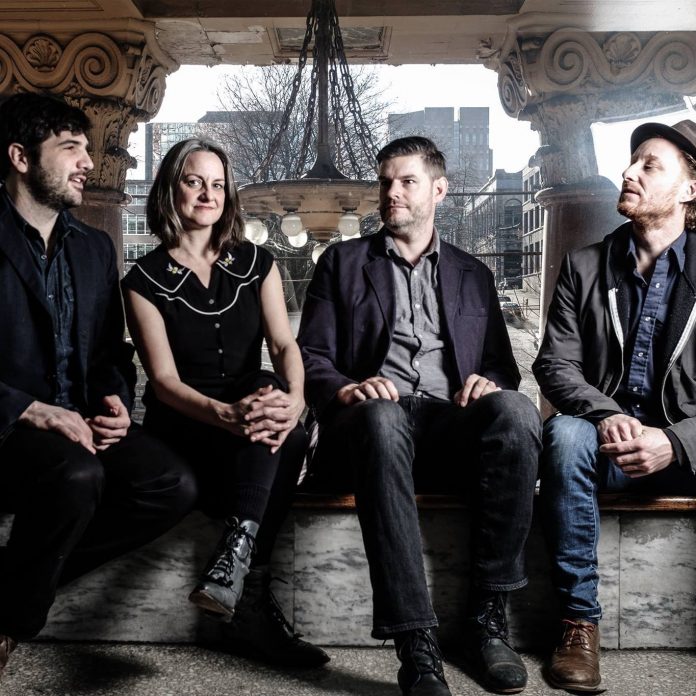 But perhaps the thing that makes this band the most unique and exciting is how far they’re able to wander from their home as a bluegrass band, turning the genre on its ear, while remaining true to their roots.

As a group of young friends who joined forces in their 20s to shake up the British Columbia bluegrass scene, Viper Central gained a reputation as an excellent bluegrass band at festivals throughout western Canada. They quickly took to the road, regularly touring the west coast of the United States, the UK, and continental Europe. In 2008, they released their debut album The Devil Sure Is Hard To Pleasewhich received numerous excellent reviews.

Their second album Thump and Howl released in 2012, saw the beginnings of a departure from their bluegrass roots and while banjo and fiddle remained central to their sound, pedal steel can be heard on several tracks and many of the melodies drew upon a wide spectrum of influences, ranging from Métis fiddle to Klezmer to western swing.

A decade later, the group has found a maturity and confidence in their sound and new album The Spirit of God & Madness, is their boldest endeavour to date. As lead songwriter, Kathleen Nisbet has refined her storytelling skills to a new level of mastery; on one track taking on the persona of her ancestor, Louis Riel, in another, that of a Saskatchewan farmer-turned-musician, in still another, that of Katherine O’Hare – a woman who crossed the Rockies on foot in the 19th century. The spirit that emerges from the album is as strong, unusual, original, and self-assured as the figures it celebrates in its songs. This spirit is reflected as much in the brilliant performances by band members, guests (John Reischman, Miles Black, John Raham, CR Avery), instrumentation, arrangements, and vocal harmonies, as it is in the songwriting itself.

Viper Central can rip it up bluegrass style with sweet n’ crunchy harmonies and tight melodic breaks that’ll make your heart soar, your feet shuffle and your blood curdle! Canadian roots and the traditions of American bluegrass, Métis, country, rockabilly and old-time have influenced their ever evolving style.