NEW KOOKS ON THE MENU 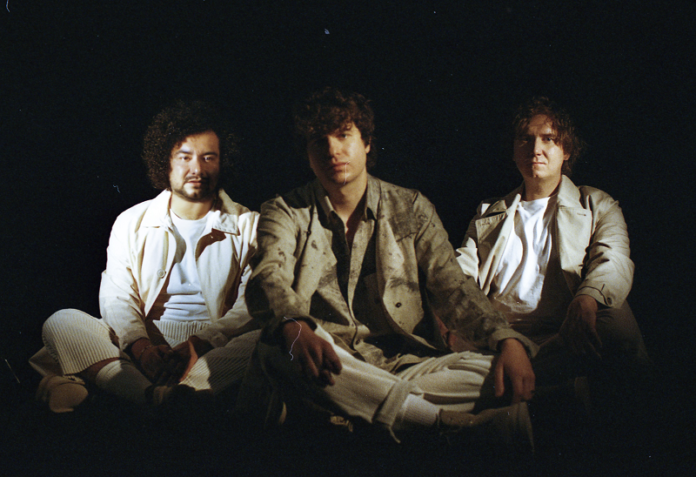 The band have taken a fresh approach to releasing the album; being released in three parts, the first two parts consisting of 3-track EP releases and the final part – out today – adding a further four tracks to make up the full LP.

Alongside the album, the band unveil the music video for latest single cut ‘Cold Heart’. Directed byPolocho and shot in London, the visual finds the band inside a futuristic space station, as alien beings begin ‘experiments’ on them. A homage to 2001: A Space Odyssey, the video incorporates an AI ‘cold heart’, which trembles in frustration when the aliens find themselves warming to the ‘humans’, eventually getting lost in dance as the band play their music.

After a worldwide arena tour, the release of their 2018 UK Top Ten album ‘Let’s Go Sunshine’ saw the band topping the bill at festivals across Europe and at home. The streaming boom had opened up The Kooks to a new audience of young fans who loved their distinctive brand of indie pop and were itching to see them play live.

Coming off the back of a punishing tour schedule, frontman Luke Pritchard vowed to take a bit of a breather. But instead, found himself right back in the studio.

“I started going to Berlin for three or four days at a time. I was really affected by Brexit and I wanted to make a bit of a statement by creating a European record,” he explains. “We’re a European band, we practically lived out there and have so much love for Europe, so we wanted to keep that connection.”

Berlin has long been something of a creative Mecca for artists from all over the world and Pritchard found himself moving in those circles, meeting the collaborators he would work with on their behemoth of a sixth album, ’10 TRACKS TO ECHO IN THE DARK’. The period was one of work, inspiration and creativity as opposed to partying. “I wasn’t doing any drugs,” Pritchard attests. “It was more dive bars and a bottle of whiskey than Berghain.”

The environment quickly started to work its magic. “A lot of songwriters have found refuge in Berlin”, he says. “It’s a free place, it’s not so consumed by commerciality. I was looking for something a bit rawer, a little bit more minimal. Sometimes you just pick up these nuances somewhere. It’s not necessarily the people, it’s the place.”

Armed with a new mantra – to not overthink things and just make a record that he’d want to listen to at home, the ideas came freely and easily. Pairing up with Tobias Kuhn to co-write and produce the bulk of the record, their first writing session saw them pen intention-setting lead single, ‘Connection’, in just a few hours. Things were moving well with the pair laying down five tracks, but in March 2020, COVID put a stop to Pritchard’s European dream, forcing him to return home to the UK to finish the writing sessions over Zoom until Tobias was able to fly out to London and record with him and the rest of the band, Hugh Harris (lead guitar/synthesiser/bass) and Alexis Nunez (drums).

Getting married and becoming a father for the first time, we’re hearing from a new Pritchard – one whose demons are behind him and is optimistic about the future.

“I really hope that sense of inner peace comes across,” says Pritchard of the album’s resoundingly optimistic outlook. “I really want to have fun with my life at this point. But also – it’s kinda a reflection of what I was feeling in real-time in a pre-and-post COVID world. I was reading a lot of sci-fi – like Philip K. Dick, Azimov and surreal stuff like Boris Vian – which is obviously really distracting from what’s going on in the world, but helped me be imaginative with the songs.”

Luke concludes, “In the pandemic I had a good amount of time to look over our albums and feel proper proud and lucky. This album is a real thank you to our fans for sticking by us for so long, we hope you love it”

10 TRACKS TO ECHO IN THE DARK | Tracklisting

5. Sailing On A Dream

Previous article
COMMON GROUND
Next article
RHYTHM GONNA GET YOU