Necromance Is In The Air 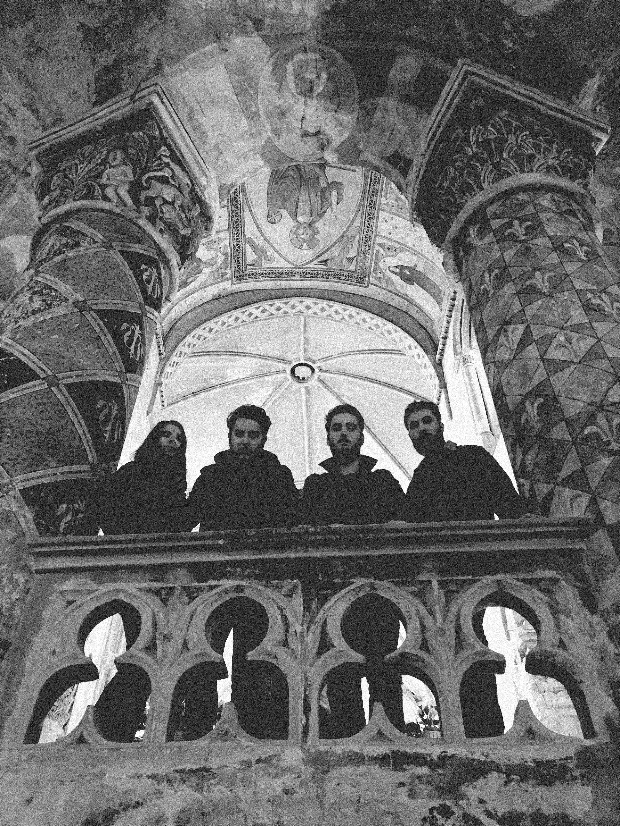 May 6, 2017
Reading time: 2 min.
Facebook
Twitter
Pinterest
WhatsApp
Linkedin
Email
Print
Telegram
Copy URL
By Andy Thorley
Ripple Music is thrilled to welcome France’s finest occult, heavy psych rockers, The Necromancers,to it’s roster of the best of the modern heavy bands.
​Occult Rock originated thanks to the likes of Black Sabbath and Coven in the late 60s/early 70s who combined psychedelic rock with occult themes.
Now, heavy-Occult rock band, The Necromancers, take these influences, drag in the urgency of NWOBHM, blend in the psychedelic trappings of Graveyard and unleash a debut album for the ages.  Drawing their main inspiration from mythological, religious and fantastic tales of Europe,
as well as classic horror cinema from the last century, The Necormancers are a strange alliance of musicians from a wide range of backgrounds, from Progressive Rock to Doom Metal.  The Necromancersʼs music is a condensed hybrid of muddy influences emerging from fuzzy and
mesmerizing witchy riffs, metallic passion, and thickened doom. Think of an unhappy encounter between dark gods at the corner of a foggy street and you’ll get a feeling.
Having already toured Europe with Elephant Tree and been invited to many of the big festivals in Europe, the future certainly doesn’t look dark and depressing for the band.  Now signing to heavy rock leader, Ripple Music, The Necromancers plan on touring Europe and taking their music to the next level.
“The Band is still young. We never would have thought of signing with a label like Ripple. We could hardly hope for better. It is an honor and a surprise. Now, we are looking forward to the next tour and to be able to defend our album wherever we can.”
The debut album “Servants of the Salem Girl” hits the streets August 4th in Limited Edition multi-colored vinyl and world-wide black vinyl editions, CD and digital.
The Necromancers are: Tom Cornière / Robin Genais / Simon Evariste / Benjamin Rousseau
​https://www.facebook.com/thenecromancersband/
Previous article
Axe Work
Next article
Chad Is Along For The Riders