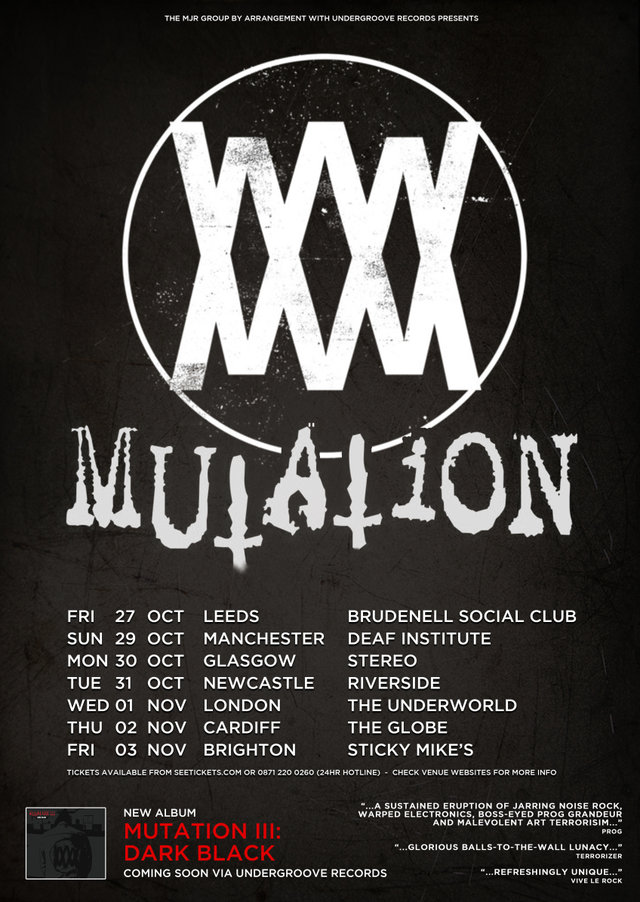 “Generally speaking, the songs tackle issues that we’re still processing ourselves,” says Ginger. “Anger, disgust in people, frustration at the collapse of human conscience and hatred of the gullible element that makes up society. Basically, wanting to kill but being unable to, due to the strict penalties involved.”

The album follows on from 2013’s ‘The Frankenstein Effect’ and the Ipecac-released ‘Error 500’, which also saw contributions from Napalm Death’s Shane Embury, Japanoise icon Merzbow and The Fall’s Mark E. Smith.

To celebrate the release of ‘Dark Black’ Mutation will hit the road in October/ November in Japan and the UK. Joining Ginger and Scott will be Vennart, Young Legionnaire and long-term Ginger Wildheart Band drummer Denzel.

Of the forthcoming shows, Ginger added: “I can’t wait to get some demons out onstage with Mutation. We’re going to use ‘chaos therapy’ to mend every broken head in the crowd, at least for one night anyway.”