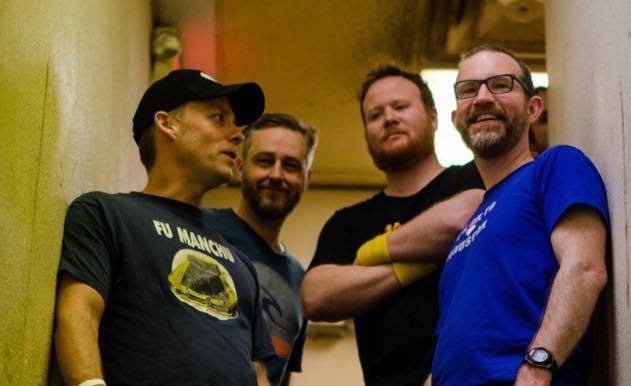 Mr. Plow were originally formed over twenty years ago, back when bands like Kyuss and Fu Manchu were blowing out speakers in car systems and the term “Stoner Rock” was not only entering its formative years but the common lexicon of every rock-loving music writer across the land.

“I’ve been a huge fan of Mr. Plow since their early days,” explains Ripple Music founder, Todd Severin. “I personally have all their albums in my collection, so it was a no-brainer to ask the lads to join the Ripple family. The new album is better than anything I’ve ever heard from them before and will definitely open up new ears and eyes in the stoner/doom community.”

While the band were unmistakably influenced by the times they often sought a different direction lyrically. Instead of pursuing dark and evil lines of enquiry, they favoured riffs of a hookier variety and pop-culture references as you’ll no doubt recognise from their excellent name. Less about skulls and satanic imagery and more about skate parks in the summertime, with songs fashioned after author Kurt Vonnegut, curious Cannibal Corpse covers (check out Maintain Radio Silence’s take on ‘Hammer Smashed Face’), comic books, J.R.R. Tolkien and of course, The Simpsons, Mr. Plow take inspiration wherever inspiration strikes.