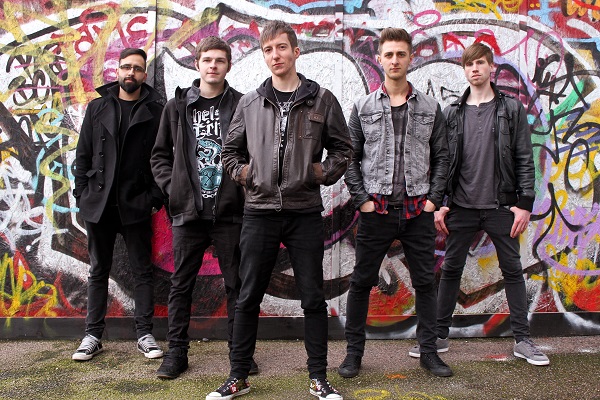 London has always been a breeding ground for new musical talent, with a vibrant and exciting scene that attracts artists from all over the globe. Our nations capital proved to be the perfect location for rockers More Than Most to come together, and create meaningful, powerful and energetic music.

Guitarist Leandro Leonardi moved to London from Brazil to pursue music and drummer Cole Solem landed from the USA! They joined forces with British vocalist Izzy Stylez and guitarist Daniel Allan, and More Than Most was born.

The band began writing and recording immediately, working with acclaimed producer Justin Hill (Young Guns, Bury Tomorrow, Heart Of A Coward) – and it wasn’t long before they were releasing their debut EP ‘Impossible Is Temporary‘.

Since then the band have worked relentlessly and gathered a dedicated fan base, and played numerous shows. Their videos for ‘You’re Not Alone’ and ‘Feed The Fire’ have also been picked up by Scuzz TV, as well as receiving airplay from Kerrang Radio, Total Rock and BBC Introducing.

Want to know more about ‘Never Say Never, Never Say Forever’? Hear it straight from More Than Most vocalist Izzy:

‘Never Say Never, Never Say Forever’ is an explosion of fiery independence, that release and adrenaline you get from getting out of a relationship that is killing who you are. The delicately exposed soft verses in stark contrast to the endorphin filled frustration-releasing choruses. Based on a real experience of mine, it tries to convey the confusing nature of a destructive relationship – never sure whether you’re valued or not, in a true relationship or not. It’s a call to action for anyone stuck in a rut and not being true to who they are. A simple message – you are worth more than this, you are stronger than you think.’