Morse’s New One Is Wheely Good 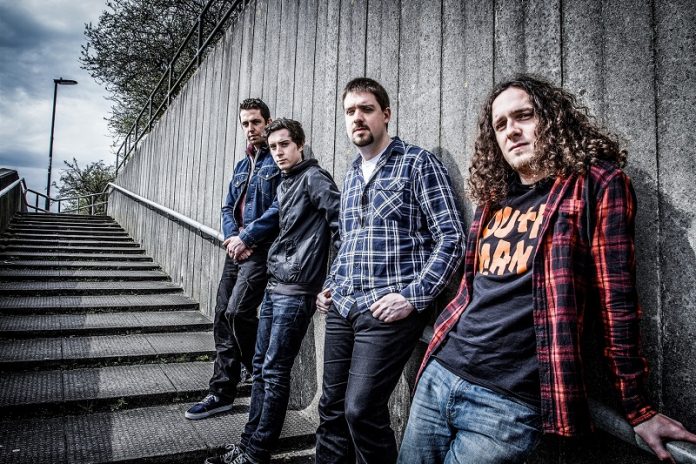 Merging engulfing stoner grooves with alternative rock melodic intent, Hercules Morse are set to be one of the bands to emerge from the underground in 2016. With huge praise and favourable descriptors from Kerrang! and Rock Sound, who have referred to the band as a British hybrid of the Foo Fighters and Queens of the Stone Age, the South Coast Alt-crew have dropped their killer new video single Asleep At The Wheel, lifted from their new EP Equine Size Comparison, due out on Friday 2nd September.

After forming in late 2014, the quartet dropped their debut EP Edge Of Life in December 2015 and soon picked up a host of superlative reviews; most notably KKKK (4 out of 5) in Kerrang Magazine and 8/10 in Rock Sound Magazine.  Their consistently impressive level of song-writing was well demonstrated by the fact that five of the six tracks from the EP received airplay from Kerrang Radio and the BBC (6 music and BBC introducing). As well as receiving much praise for their recorded work, Hercules Morse have also performed countless blistering live shows and have shared stages with Turbowolf, Band of Skulls, Brant Bjork (former Kyuss drummer), Tiger Cub, Orange Goblin and Dinosaur Pile Up, as well as appearing on an array of bills with everyone from Calvin Harris and The Go Team, through to Tynchy Stryder and The Streets. So far in 2016, Hercules Morse have also supported Radio One DJ Huw Stephens, Post-hardcore behemoths Black Peaks and former Iron Maiden singer Blaze Bayley, as well as performing on the main stage of Common People Festival (curated by Rob Da Bank) alongside bands such as Duran Duran and Primal Scream.