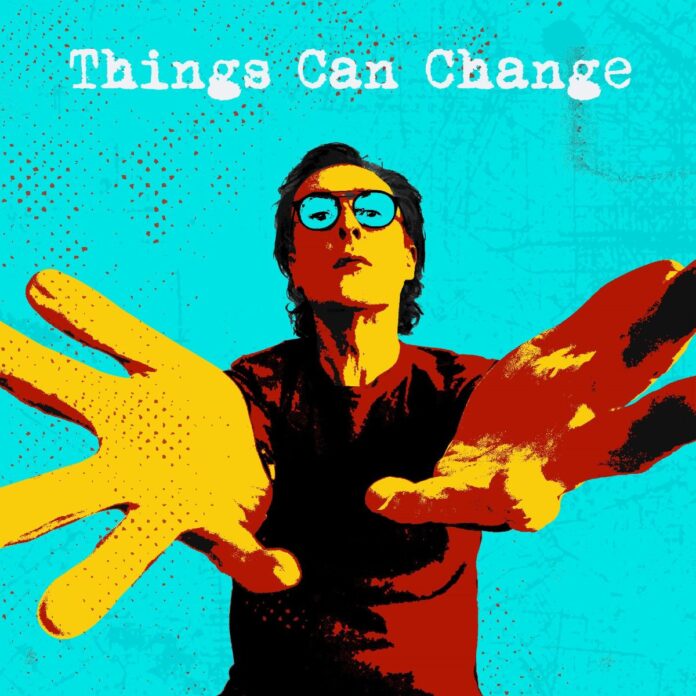 ‘Things Can Change‘ is the forthcoming album from The Wonder Stuff front man Miles Hunt.

Miles will be performing tracks from the album, as well as The Wonder Stuff classics and hits on tour throughout October, November & December.  Current dates include:-

For interviews/sessions please let me know.  Of the release Miles says….

In recent years I have heard myself muttering the same two words far too many times: ‘Everything’s worse’.

Politically; Trump, Brexit, Johnson… have all made life worse for most of us than it was before. I feel that the pandemic years have changed us all in ways we could never have predicted, and none for the better. The rise of billionaires who hog the wealth while others struggle simply to survive is an anathema to me. And now a viscous and unnecessary military action in Ukraine has me feeling less connected to my fellow humans than I have ever been.

In my own chosen field, the online streaming of music has made it pretty much impossible to sustain a life of creativity, for musicians and the support systems we all require. The tech’ giants have ruined an industry they had no business poking their greedy noses in and they give nothing back.

‘Everything’s worse’. It was almost the title of this album. Until, that is, I started writing the songs.

I’ve done what I always do, I’ve written about what’s happening around me, and what has happened to me in my past. I’ve endeavoured to make the music as uplifting as I ever have as I try to figure out what’s going on in my head, and you know what? Given all of the negativity I’ve just talked about I’ve come to accept that we live in a constant state of flux. Things can, and will, change.

One thing that I am sure of is that it is my community of friends and family that keep me from sinking. It is those people that have injected the optimism into this record. Be them the musicians and recording technicians that have given so much to this record or the people that I interact with each day who are outside of my musical life. All of them keep me going.

The cover image I have chosen for this album either sees me beckoning the listener in or, it’s an illustration of me falling away. I can’t decide.

At this point in time though, I’m thinking that this album will be my last. I’ve been lucky enough to make records across five decades and play to audiences, in their thousands, all over the world. Maybe it’s my age, maybe it’s just that I need something else to sustain me, but I can’t imagine ever knuckling down to do something like making a record again. I’m leaning towards change and I’m leaning towards optimism.

I’m not sure I feel the need to communicate with the world anymore. I want things to be quieter, I want my life to be calmer and I want to rid myself of the anxieties that have plagued me my entire life. I’m looking for peace and I welcome change.

I hope you hear that in this record. And I hope you find your peace too.