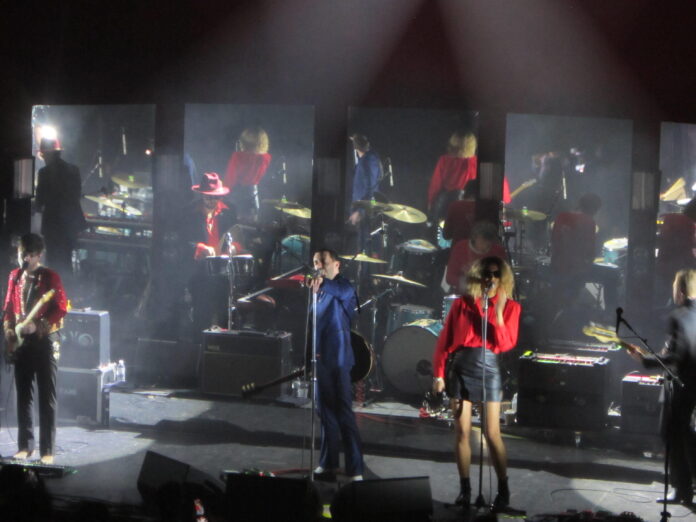 Miles Peter Kane is best known as a solo artist and the co-frontman of the Last Shadow Puppets. He was also the former frontman of the Rascals. His fourth album `Change The Show` was released earlier this year and he arrives in Birmingham tonight on the home stretch of a sixteen date trek around the UK in support of this album.

Tonight`s main support is Brooke Combe an up and coming Edinburgh singer songwriter who shared a brief but well received set which closed out with the stunning `Are You With Me?` which left this packed crowd screaming for more. Brooke has supported the likes of The Courteeners and The Snuts and has recently been in Liverpool’s Parr Street Studios with Miles Kane`s cousin The Coral`s James Skelly on the controls. The future certainly looks bright for Midlothian`s rising star.

`Rearrange` from debut album `Colour Of The Trap` follows and has the audience singing along before we head into the T.Rex tinged ` Cry On My Guitar` with all and sundry clapping along. The grinding ` Coup de Grace` gets an airing before the pace slows with `Loaded`. The toe tapping `Caroline` is shared before we have a Beatle`s cover in `Don’t Let Me Down` a song that really shouldn`t work but so does.

We have a track from Miles`s time with Alex Turner in The Last Shadow Puppets with the introspective `Aviation` before a couple of uplifting numbers in `Blame It On The Summertime` and ` Nothing’s Ever Gonna Be Good Enough`. The last number has singer Holly Quin-Ankrah becoming the perfect foil to Miles as the two really make this number their own.

The kind of retro `Don’t Forget Who You Are` has everybody up and dancing before title track of the latest release `Change The Show` eases us down. The final few numbers include another Shadow Puppets track with `Standing Next To Me` before `Never Get Tired of Dancing` with a superb saxophone solo, `See Ya When I See Ya` and “Colour Of The Trap`. The band close out with a blistering version of

`Inhaler` before exiting the stage.

They return and send us home with `Come Closer` from the debut album.

I don`t know a terrific amount about Miles Kane but tonight`s show was wonderfully uplifting and he seems really at ease not only with his audience but also in himself. This packed crowd tonight cheered and chanted his name as if we were at a football match. It`s a credit to his talent that he can still command so may supporters after not touring the UK for a fair while.

There`s still another few dates before this tour ends and I’d certainly encourage you to get along if you get the chance.