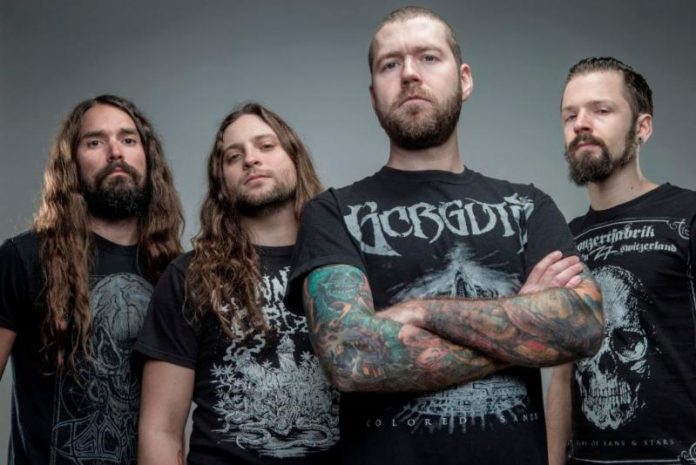 After releasing their sixth full-length, Great Is Our Sin, to critical acclaim last year, Revocation will now also be featured in the upcoming ‘Power Rangers’ movie for the album track “Communion”. USA fans can hear the song when the film is released in theaters on March 24th; to listen online, please visit:

Having delivered five killer albums boasting some of the most potent, technical and abrasive metal unleashed over the last decade, it would be easy for Revocation to sit back and rest upon their laurels. However, with their constant drive to push their sound ever forward and refusal to compromise their integrity, this could never be the case – and Great Is Our Sin is their most dynamic, boundary-pushing and weighty release to date. To preview and purchase Great Is Our Sin, please visit metalblade.com/revocation

Next week, Revocation will play select shows in Canada, as well as appear in Rhode Island, before heading out on a full USA tour with Morbid Angel, Suffocation, and Withered in May/June. See below for all upcoming dates!

Previous article
Sweet Mercy
Next article
Mule It Over