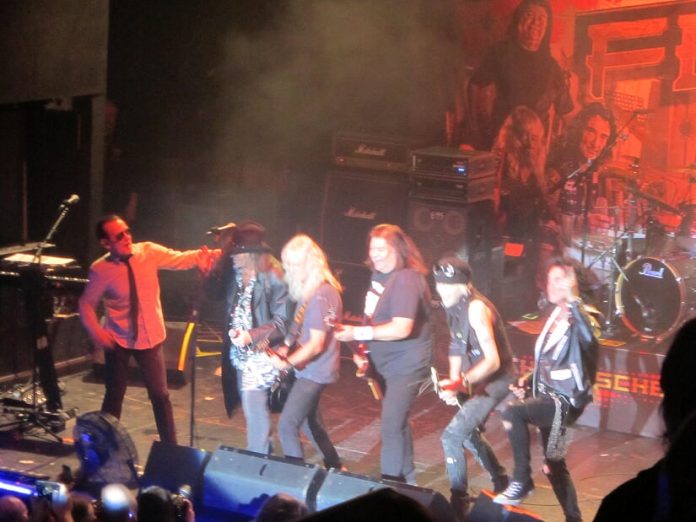 I have lost count of the number of times that I have seen this man. Ever since I bought the ‘Armed & Ready’ 7” single at the age of 11 because it had a free patch, I began my relationship with Schenker. It was, however, the B-side ‘Bjou Pleasurette’ that sealed my opinion that Schenker is worth worshipping!? My Mom agreed and my Dad joined us as MSG followers – Cozy Powell drawing that drummer in! Having grown up with the various phases of the Schenker universe, I was excited about tonight but held some trepidation as to how all those vocalists would interact.

As it happened, it worked well and everyone seemed to be really enjoying performing. It was great to see comradery and support for each other as tour tiredness crept in to vocal chords! The stalwart and stable rhythm section of Chris Glen and Ted McKenna was like a trip back in time for us (yes, Mom and Dad were there too!). Steve Mann being a later MSG member was not so familiar yet his keyboard and guitar playing style fitted the Fest well.

As the audience rocked out on the pre-show ‘Highway to Hell’, darkness ensued and Schenker rode the Valkyries to appear in front of the Marshall stacks – a very familiar sight. Never have we heard him speak so much to us. We are introduced to his 17-year-old musicianship and we sit back to the melody that is Scorpions’ ‘Holiday’. Guitar god? For me, yes! Lead vocalist? Errm, no! We move into the UFO years and Bonnet, Barden and McAuley show how it’s done. Doctor Doctoring us through the warm up.

A short stop in darkness and we begin the Doogie White set. ‘Vigilante Man’ and ‘Lord of the Lost and Lonely’ from Temple of Rock gets heads rocking and hands clapping. Strong vocal and front man performance leads us and the clear flow of the guitar lets us know we are in for a proper Schenker Fest. We are quickly introduced to The Schenkerettes: Graham Bonnet, Gary Barden and Robin McAuley. Doogie leads a little singing practice with the crowd and, Hallelujah, we are into Resurrection the current Schenker and co offering. ‘Take me to the Church’ with Steve Mann’s organ-like keyboard and Schenker’s slick riffs throughout settles us in a little more. The first song written together by White & Schenker: ‘Before the Devil Know You’re Dead’ (Temple of Rock, 2011) leads us back to UFO’s ‘Natural Thing’ and the end of the Doogie set. 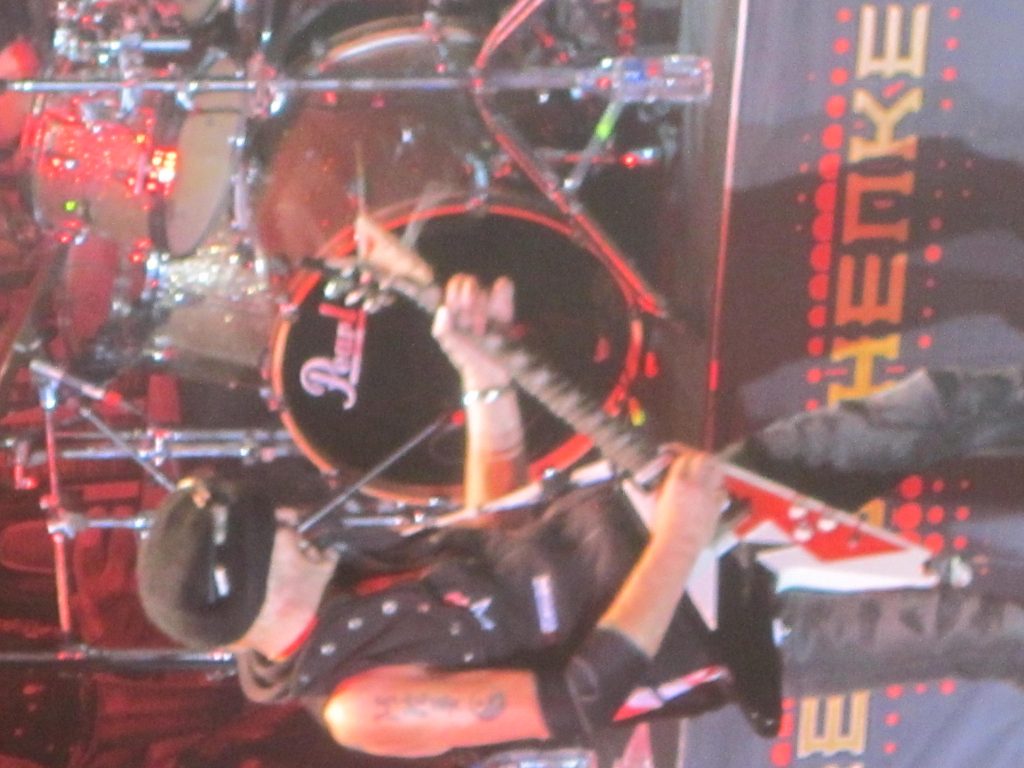 Chris Glen dons a pair of green laser lights and we are into our first instrumental offering; ‘Captain Nemo’ (MSG, Built to Destroy, 1983). Schenker does his thing and again takes to be mic to introduce the Graham Bonnet set. I never saw this ‘Assault Attack’ vocalist as things had gone wrong just prior to MSG’s 1982 Reading Rock Festival headliner. He takes to the stage with ‘Dancer’; Barden & McAuley backing; followed by ‘Searching for a Reason’ and I’m a little concerned that the sound mixing has too much echo. By ‘Desert Song’ and Bonnet’s admission that he was only in MSG ‘for two weeks’, the imbalance seems to have been sorted. We move into ‘Night Moods’ from the current offering and the vocalists are in sync enjoying themselves. ‘Assault Attack’ brings McKenna’s cymbal & percussion to the fore and Bonnet’s set to an end.

‘Coast to Coast’ (Scorpions’ ‘Lovedrive’) follows what I hope was a ‘tongue in cheek’ moan from Michael about his brother, Rudy, nicking his act. Glen dons the lasers and we begin the Gary Barden set. If MSG vocalists were Dr Whos, Barden would be mine! I’m certainly ‘Ready to Rock’ with the call from Glen, Mann and Schenker backing. McAuley joins too. I’m taken to elated memories of guitar heaven with ‘Attack of the Mad Axeman’! They ‘Rock my Night Away’ (MSG) and begin ‘Messin’ Around’ (Schenker Fest). FX on the mic with backing from Glen. The audience is also ‘Armed & Ready’ and we are hit with ‘Warrior’ (Schenker Fest) to draw the Barden set to a close. Schenker is on a roll; bending strings, the neck and using the Marshalls well.

‘Into the Arena’ steers us towards the Robin McAuley set. ‘Bad Boys’ being the only McAuley Schenker offering. McAuley’s voice is strong and he’s a great show man, commanding the stage well as he draws the fest to its UFO finales. Barden and Bonnet join for the ‘Heart and Soul’ (Schenker Fest) chorus.

Schenker excelled with his ‘Rock Bottom’ lead and solos. His 17-year-old self as a musician has evolved. Barden provides backing vocal. Doogie White returns for part 2. A bit of a smiling McKenna solo and the night is drawing to an end. We all wish Chris Glen a Happy Birthday before we are treated to one more song. Schenker reminds us that he wrote ‘Lights Out’ at the age of 21 and it was UFOs first hit in the USA in 1976… It stands the test of time. Bonnet passes to Barden who passes to McAuley who passes to White. My apprehension about whether this project would work have been well and truly allayed.

This was a great show. It was performed by great musicians who seemed to be having a great time. I continue my relationship with Schenker. It’s great! Catch it if you can: Gwynedd, Newcastle, London, Manchester….