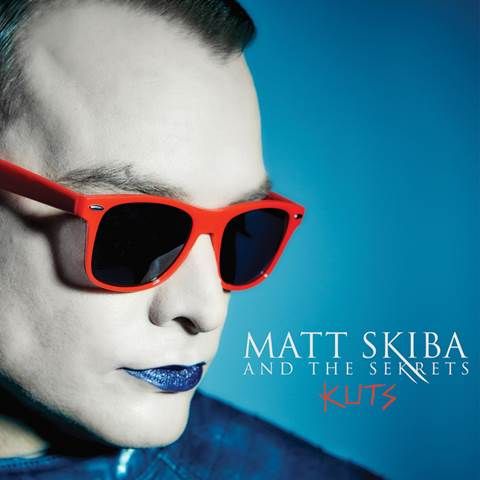 The second album from Matt Skiba and the Sekrets, entitled KUTS is out now! The Sekrets feature Jarrod Alexander (of A Static Lullabye,) bassist Hunter Burgan (of AFI,) and of course, led by Matt Skiba (Alkaline Trio).  The band has just launched a lyric video for the song, “She Wolf” which you can view here:

Order the album from the below links:

Matt Skiba and the Sekrets – KUTS

Produced by Rob Schnapf (who has also worked with Elliott Smith, Beck and the Vines), Skiba says “I went in with really open and stark ideas, knowing that Rob would breathe life into the very vague ideas I had. I had written progressions and lyrics as well as some leads and key parts, but knew that what I was going to come out of that studio with would be completely different than what I walked in with.”

The result is heard throughout the 10 songs comprising the record. The frontman will be touring with Alkaline Trio for the bulk of the spring and summer, he is committed to bringing the new material, and some favorites from Babylon (2012), to life on the stage as his schedule permits.

More news on singles, videos and tour dates to follow!

Matt Skiba and the Sekrets online: