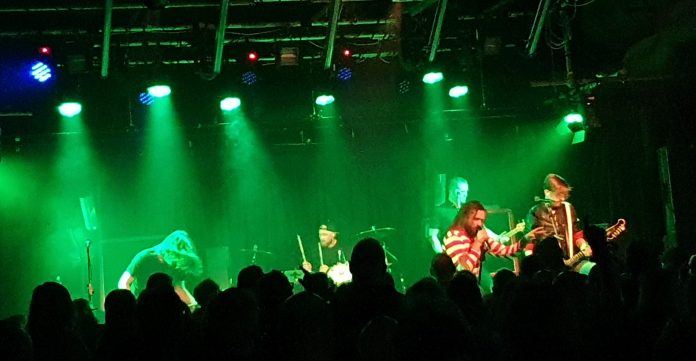 It’s sweet, really, that Dig Lazarus are surprised. “FECK! Wolverhampton… you have blown us away! Thanks to every single person that checked us out!” they tweeted after the show. It’s almost like they don’t realise how good they are – or maybe they are just modest. Whatever, if like me, you believe there is nothing better balanced than a three piece, than the Hinkley mob are exactly what you need. Ash, Atticus and Jack showed their potential with a brilliant EP, but they have already moved on to the next thing, and the wonderful “Feel” was a superb new song. “Get Out” and one of the best songs on last year’s affair, “Outlaw” are shot through with real class. This is a young band with a lot to offer and a lot of potential to get even better. 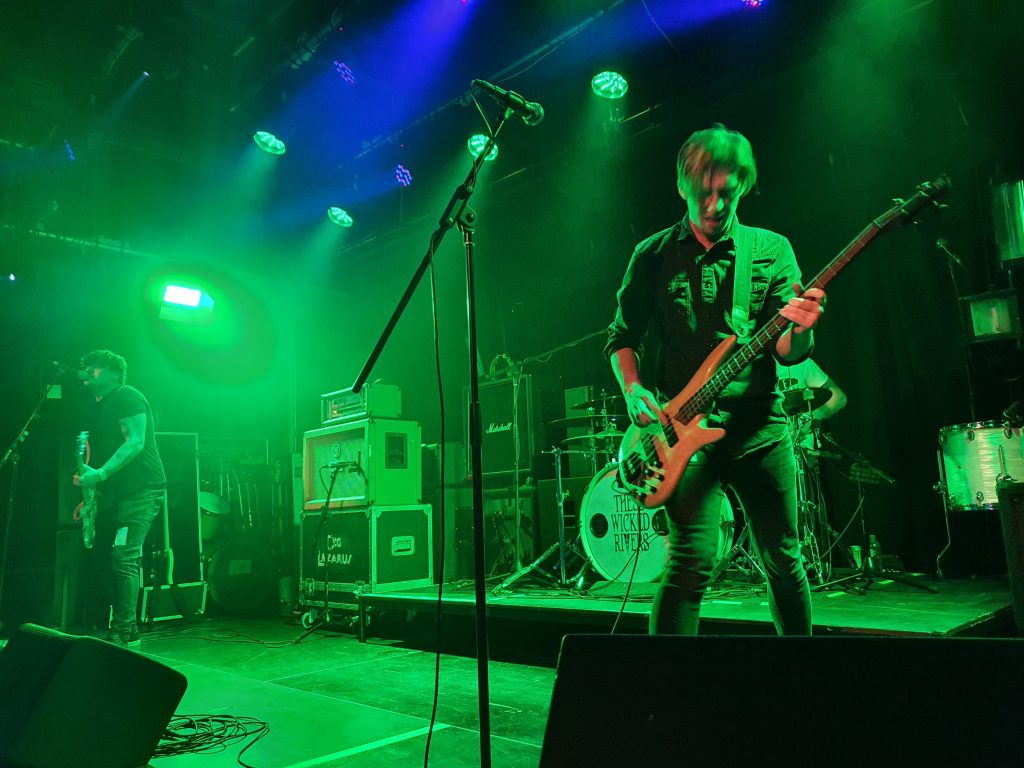 Whatever is in the water in the East Midlands, it seems to make for cracking southern rock. Doomsday Outlaw is one thing, but These Wicked Rivers are from the same pool. Their set is nearly as good as the headwear sported by singer John Hartwell and guitarist Arran Day. “Evergreen” rockets along like it belongs in the Everglades, “War” is bluesier, “Shine On” gets a wonderful guitar sound and the closing “Don’t Pray For Me” are fine examples of exactly what downtuned swampy stuff should sound like. They’ve got a new record due, and if this is anything to go by, it is going to be a stunner. 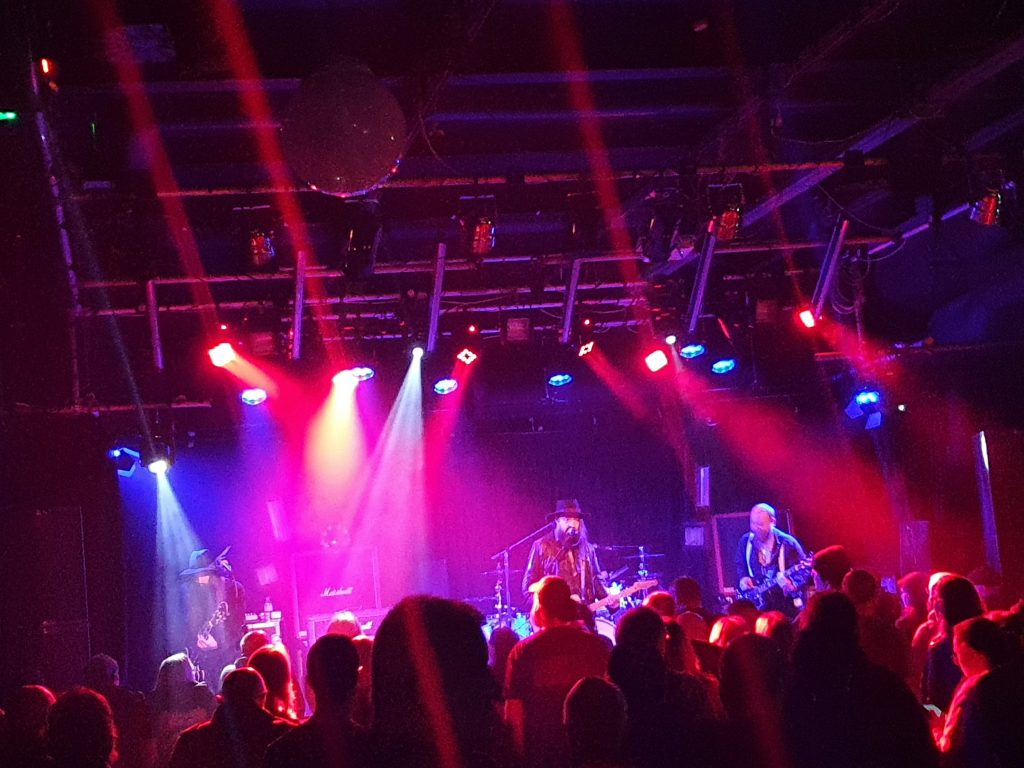 Want to know what it feels like to live the dream? I’ll wager this.

“Why don’t you raise a glass for Rick ‘cos I am raising mine”.

Baz Mills sings those words in “Back To The Stack” – one of the catchiest things in the massive stack of great Massive Wagons songs – it is about Status Quo. Last year MW went on before them.

And you know what? Massive Wagons deserve every single bit of success they ever get, simply for working as hard as they have over the last few years.

Take this gig. It’s being billed as The Escape From The Studio tour. Here, on a Sunday night just because they want to play to people. And the way Mills races around the stage as “Nails” starts this shows that he must have been going stir crazy in there.

Fittingly for this type of show they use it to play some new stuff. “Pressure”, the even better “Banging On Your Stereo” and “Freak City”, which does catchy and fun beautifully, all show beyond doubt that the new record whenever it comes is going to be a belter.

MW proved with “Full Nelson” that they were one of the finest bands on these shores anyway, and “China Plates” is delivered with a celebratory air as Mills gets on someone’s shoulders and goes to greet his people.

“Hate Me” does hooks and choruses, “Northern Boy” is hewn in the cobbles of the north just like a modern day Little Angels, and “Billy Balloon Head” and “Tokyo” end the set superbly.

If ever a band deserves an encore its Massive Wagons. “Ratio” is good, but any song written about meeting Ginger Wildheart is probably going to be the best song of a set in my biased world, so it is.

But then, the first time I ever saw the band it was opening for Ginger, so we are back to living the dream again aren’t we? This is a thought that “Fee Fi Fo Fum” underlines.

“I smell the blood of an English rock n roll band” shouts Mills, and you best believe they are. Except they leave out the crucial bit. They are not just a rock n roll band, but a very, very good one.