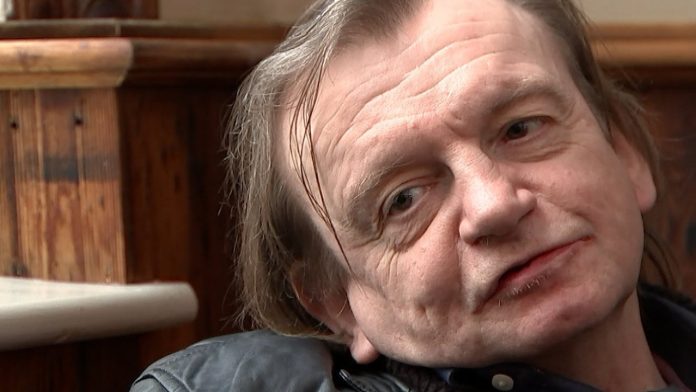 Damian reflects on the passing of The Fall singer

I don`t know what it is about coming from an Irish background but we celebrate death nearly as much as we celebrate life. So I couldn`t less it pass when one of our cultural quintessentially English eccentrics passed away, without sharing a few thoughts.

I contacted a friend who had actually seen The Fall 48 times to put together a few words but he felt he couldn`t do the great man justice.

Mark Edward Smith was born in Broughton, Salford in Lancashire and worked briefly in a meat factory and as a shipping clerk in Manchester Docks. After seeing The Sex Pistols in 1976 he formed a band which was in all essence The Fall.named after an Albert Camus novel but they originally were named The Outsiders, after another Camus work.

In the late seventies Sounds and NME (New Musical Express) were how we got to hear of up and coming bands and I heard about the Fall and invested in their 1979 album `live at The Witch Trials` and after seeing the band I was as confused as to whether i`d enjoyed it or not but it certainly had an impact on me. I got to see them a few times over the years and it was always a differing experience each time but compelled you always to want to give em another go next time they toured.

Mr Smith was a notorious taskmaster and a testament to this is in the fact that he has had over sixty members pass through the ranks. Indeed, Smith famously once said: “If it’s me and yer granny on bongos, it’s The Fall” He will be fondly remembered. His American ex wife Brix said lovingly “he introduced me to pickled onions, pubs and punk”

He was pretty prolific musically and had released 32 studio albums.

Another friend said of him that he was “greatest football team announcer” indeed the last time I saw the band at the Lunar Festival in Tamworth In Arden in 2015, one of the songs contained nothing but him chanting names of fooitball teams along to a musical onslaught. Priceless. The bemusement on some peoples faces who were not familiar with the man or the band was a joy to behold.

So we say goodbye to another character and the world will be a little sadder without a person of his ilk. The last word must go to the man himself as he looked back on his own contribution when referencing his difficult reputation, he stated that his pride in The Fall was partly justified by the fact that no-one would ever start a Fall tribute band

Thanks for the memories Mark, you will be missed.