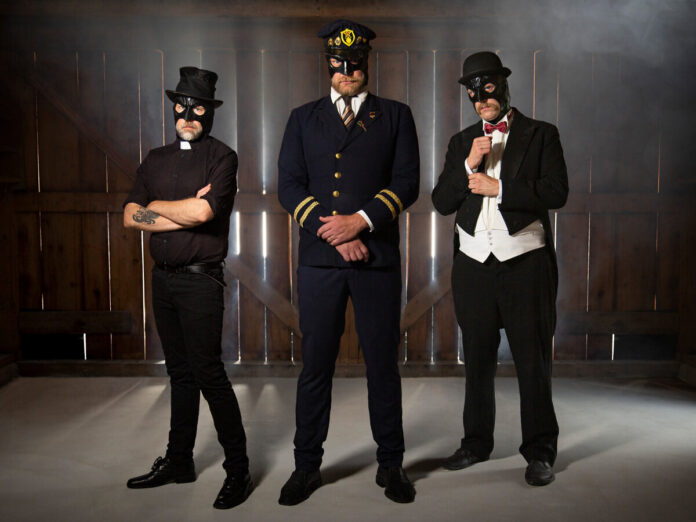 Twenty grand years have passed since Märvel entered the world of high energy rock ‘n‘ roll. Since their formation in 2002, the masked power trio from Sweden have made a name for themselves with their memorable songs and intense shows. 8 studio albums, countless gigs and tours, collaborations with scene icons such as The Hellacopter‘s Strings and Dregen, and dedicated fan clubs all over the world have all helped put Märvel on the radar. Now, one of the longest lasting Scandinavian rock acts releases their 9th full length studio album. Join Märvel, and the party, as they celebrate a double decade of rock.

“Graces Came With Malice” is the 9th studio album by Sweden‘s barons of high energy rock‘n‘roll. Released as part of the bands‘ 20th year anniversary, the new material is stronger than ever. Moving from high octane, quintessential Märvel tracks, to more laid back classic rock hits, “Graces Came With Malice” is a 10 track collection of Scandinavian rock music at its finest. Super-catchy songwriting, stand out layered vocals, electrifying riffs and piercing melodies all contribute to an explosive eclectic rock extravaganza.

Märvel comments:
“It feels good to know that after 20 years as a band, we have created our strongest album to date. After 9 albums of high energy rock ’n‘ roll and more than 9000 hours inside our latex masks we know what Märvel is about. We‘re aging like a fine wine yet we‘re as vital as a pack of lovesick tigers. We don‘t compromise with our songs or on the production quality. Märvel grows better and stronger for each album and by no means are we ready to put our hats on the hat rack!”