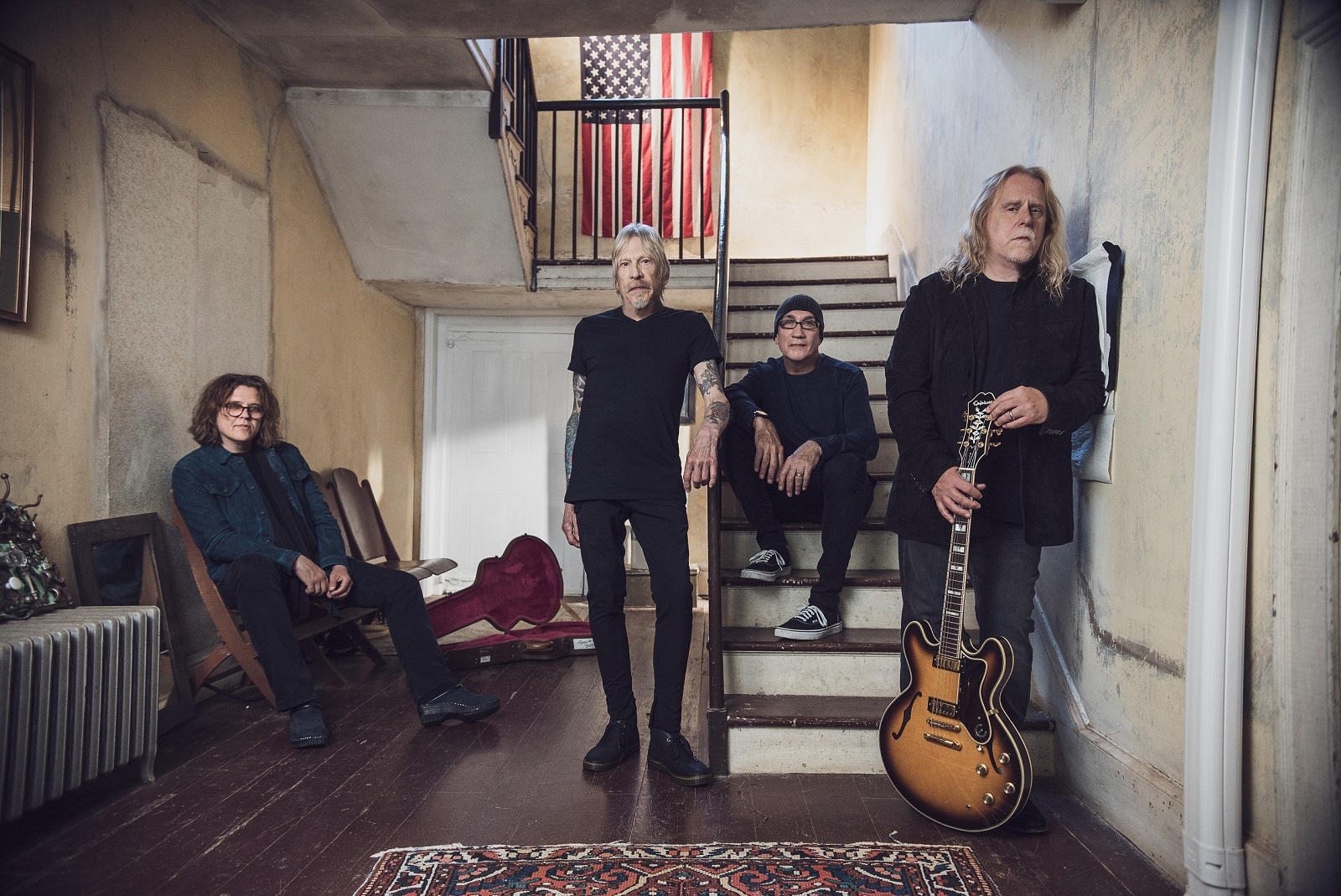 Renowned quartet Gov’t Mule – led by GRAMMY® Award-winning vocalist, songwriter, guitar legend, and producer Warren Haynes – has released the latest offering from their forthcoming blues album, Heavy Load Blues, with their rendition of the Tom Waits classic, ‘Make It Rain‘. The scuzzy blues-rock arrangement of ‘Make It Rain‘ features a slab of thunderous vibrations, an unexpected element caused during the recording of the album which took the band by surprise, but ultimately enhanced the song’s determined and defiant delivery.

‘Make It Rain‘ marks the third track released from Heavy Load Blues, the band’s first-ever blues album out November 12th via Fantasy Records, which encompasses an even mix of Haynes’ originals and revered covers originally made famous by the likes of Howlin’ Wolf, Elmore James, Ann Peebles, Bobby “Blue” Bland, Junior Wells and the Animals. Listen to ‘Make It Rain‘ here and watch the behind-the-scenes video of the track here.

“When recording the album, I had brought in this old Fender spring reverb unit that I wanted to use on my guitar sound,”Haynes shares. “They can be pretty finicky. If the stage isn’t solid, or somebody’s jumping up and down, it reacts by making this crazy reverb vibration that comes through the amp. I had intentionally set it up on the studio floor to make it kind of shockproof, but what we didn’t allow for was some radio frequencies that randomly interfered and set it off. So, it started making these weird sounds that sounded like thunder.

“We were in the middle of what turned out to be the best take of ‘Make It Rain’ and it began doing that throughout the whole thing. As it turned out, it happened in these key spots in the song. When we were finished and listened to it with engineer and co-producer John Paterno, we decided to use it. It actually sounded like we planned it that way!”

Heavy Load Blues is available for pre-order now at all DSPs, with more details available here. Each digital pre-save will include an instant download of ‘Make It Rain‘ and previously released offerings ‘HeavyLoad‘ and ‘Snatch It Back and Hold It – Hold It Back – Snatch It Back and Hold It‘. Physical CDs and vinyl are also available for pre-order now from the band’s webstore, Barnes & Noble, Amazon, and local record stores. A deluxe edition featuring additional studio and live tracks, including another Haynes original and covers originally by Savoy Brown, Sonny Boy Williamson, Muddy Waters, Otis Rush and more, will also be available.

Gov’t Mule will perform Heavy Load Blues in its entirety for the first time – along with other surprises – on Friday, October 29th at The Tabernacle in Atlanta for the first of two very special Halloween weekend shows. The following night, Saturday, October 30th, marks the return of the band’s annual Mule-O-Ween show where they will celebrate the 50th anniversary of The Allman Brothers Band’s first live album, At Fillmore East, one of the most influential records in Haynes’ life as both a musician and member of the famed band, with special guests Charlie Starr (Blackberry Smoke) and Paul Riddle (Marshall Tucker Band).

The celebrated four-piece recently announced the details for their annual New Year’s Run, the band’s longstanding commitment of bringing together the Mule community to ring in the new year since 2002. The three-night stand kicks off on December 29th at The Met in Philadelphia before the band heads to the friendly confines of The Beacon Theatre in New York City, their unofficial home-court venue, for back-to-back shows on Thursday, December 30th and Friday, December 31st to close out the year and ring in 2022 with a very special Black ‘n’ Blue New Year’s Show. Before these special headlining events, the road warriors will wrap their appearance on WillieNelson’s Outlaw Music Festival Tour, alongside Nelson and The AvettBrothers, this weekend in Northern California, along with a headlining set at the Hangtown Music Festival. Visit www.mule.net for more details.

Though technically considered a studio album, Heavy Load Blues was recorded live in the studio at The Power Station New England on analog tape, utilising vintage guitars, amps and other equipment to capture an authentic sound. The 13-track album was produced by Haynes alongside engineer and co-producer John Paterno (Michael Landau, Robbie Williams, The Steve Gadd Band). PRESS HERE to watch a behind-the-scenes video of the making of Heavy Load Blues.

Gov’t Mule’s rendition of ‘Make It Rain‘ follows the release of their groovy new arrangement of the Junior Wells standard, ‘Snatch It Back and Hold It‘, where the band – Haynes,Matt Abts [drums], Danny Louis [keyboards, guitar, and backing vocals], and Jorgen Carlsson [bass] – covered the classic track while sandwiching a spontaneous original jam called ‘Hold It Back‘ in the middle of the soulful, stirring interpretation. PRESS HERE to listen via an in-studio video performance.

Heavy Load Blues also features the ominous acoustic blues number, and first original track, ‘Heavy Load‘, which is highlighted by Haynes’ mournful vocal and supple yet deliberate riffing – PRESS HERE to listen. While several titles on the forthcoming collection may sound familiar to blues enthusiasts, Gov’t Mule, who are known for pushing the parameters while melding a variety of genres — rock, R&B, jam, funk, jazz, and practically everything in-between, often opted to put their own spin on them. See below for full track listing.

HEAVY LOAD BLUES TRACKLISTING
1. Blues Before Sunrise
2. Hole In My Soul
3. Wake Up Dead
4. Love Is A Mean Old World
5. Snatch It Back and Hold It – Hold It Back – Snatch It Back and Hold It
6. Ain’t No Love In The Heart Of The City
7. (Brother Bill) Last Clean Shirt
8. Make It Rain
9. Heavy Load
10. Feel Like Breaking Up Somebody’s Home (short version)
11. If Heartaches Were Nickels
12. I Asked Her For Water (She Gave Me Gasoline)
13. Black Horizon