Make King King The Kings Of The Charts 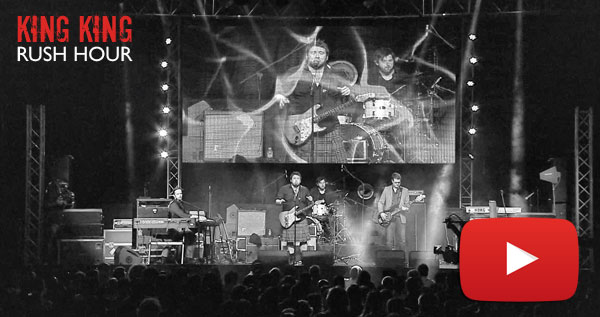 King King are delighted to announce their new single ‘Rush Hour’, a radio remix by House of Tone is out on Wednesday. The track was also mastered by the legendary Bob Ludwig. Say the guys:  “If you all pre-ordered the song, we’d be topping the iTunes Blues charts on Friday!”  Click below for the full video:

It’s also great that the song has been playlisted on Planet Rock Radio. Do tweet them to let them know that it should be played loud and proud!
The band say: “We look forward to seeing you on tour in the UK in May.”

Tickets can be booked from the Gig Cartel or via the website.