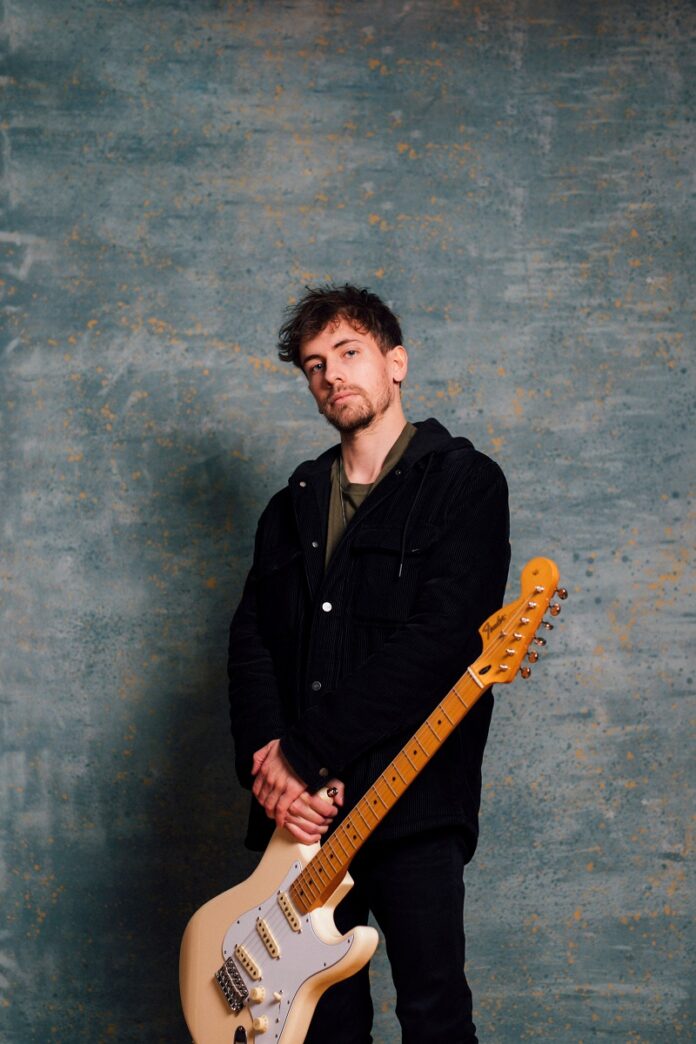 Félix Rabin – youthful prodigy of the Swiss rock scene and much-acclaimed guitar prodigy — is delighted to be returning to the UK, bringing his third UK tour: a new 13-date tour for 2022, playing both headline and festival appearances at dates and venues in England and Scotland.

Starting in Whitby, Félix will play 6 dates south of the border, then 2 dates north of it (in Kinross and Edinburgh), followed by a further 5 dates in England. Along the way, he’ll be playing at the Whitby Blues Festival and the Looe Blues Festival, and headlining at the other 11 dates. See https://www.felixrabin.com/ for full details.

Félix Rabin’s self-taught guitar virtuosity has impressed audiences and critics alike. He earned his chops and first fans in the Swiss ‘Three Lakes’ region. Steady success led him to take artistic residency at the ‘King’ bar in Neuchâtel and his hard driving blues also shone with standout performances at key Swiss festivals.

He has toured France and played several times at the prestigious Montreux Jazz Festival in Switzerland.  He has also toured the USA then, as his biog also notes, “Having been accepted by the American scene, Félix then looked for the blessing of the British. In the country of Pink Floyd and Michael Kiwanuka, he first played in a few small clubs, then step by step progressed to bigger stages. The band Wishbone Ash (50 years of career and services rendered to the guitar) invited Félix to join them on their UK tour.”

Félix himself is deeply rooted in rock-tinted-pop-blues and names musicians like John Mayer, Jimi Hendrix, and Stevie Ray Vaughan as heroes, inspirations, and influences, not to mention bands like Pink Floyd. His idols’ influences can be heard in his style, which is nevertheless original, and has been praised for adding inventive riffs and moody melodies to contemporary rock.

As FabricationsHQ  put it, “If you want someone who is ploughing his own progressively tinged blues, rock, pop and soul furrow, Félix Rabin may well be your man. Vive la France; vive le Pogboy.”

Fans of high-quality rock and blues guitar, with jazz-influenced extras, should definitely check out this young Frenchman and his forthcoming UK tour dates.