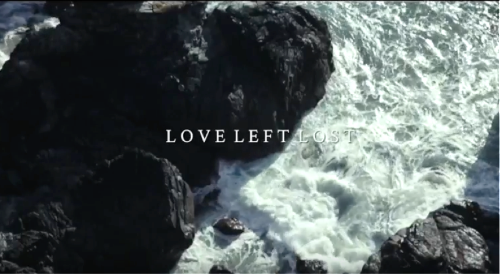 The video features haunting shots of sea-swept cliffs, cut between Josh delivering his mournful, melancholic and mesmerising vocals. The atmosphere is dark and introspective, with soulful, searching sentiments conjured by rolling waves on the British coast.

The dark piece of folk/Americana opens with his unique deep tones, which are achingly beautiful among hushed guitar strums before he breaks into a deeply emotive chorus. The result is similar to the songwriting work of Nick Cave, Jeff Buckley and Leonard Cohen.

‘Love Left Lost’ follows the release of Josh McGovern’s debut single ‘The Devil Below Me’, which was released this summer to great critical acclaim. It led The Independent to call him, “an accomplished, intriguing new talent,” and he has received support from BBC Introducing.

Josh McGovern delivers a distinctive and enticing new voice among UK singer/songwriters. Now with the release of ‘Lost Left Lost’ he continues to prove himself a serious prospect for 2018.

Previous article
10 Years Of Grimner
Next article
Just A Thought