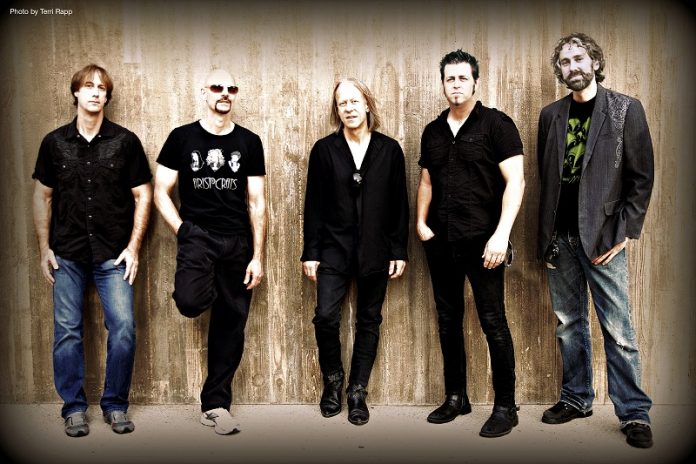 U.S. Progressive Metal/Rock group THOUGHT CHAMBER are not only working on a new, third studio album to follow up 2003’s “Psykerion” effort, but are now in the meantime also launching another video clip for the track  “Psykerion: The Question” off the previous release.

THOUGHT CHAMBER are currently at work in the studio for their upcoming new album release, expected for later in 2018 via InsideOutMusic and the band checked in with the following comment:
“THOUGHT CHAMBER is hard at work in the studio recording their as yet untitled 3rd album. Although not a concept album like their previous “Psykerion” release, it may include the continuation of that record’s storyline. New songs include “Myst Of Lyriad”, “Rainless”, “Identity Theft”, “Blinded”, “A Modern Tragedy”, and yet another instrumental in the continuing saga of “Mr. Qwinkle”. In the meantime, a video for the band’s song, “Psykerion: The Question”, has popped up out of nowhere!”

A first short teaser preview clip of the new song “Rainless” can be checked out here:
https://www.youtube.com/watch?v=MAI2qhrVbR0

The first pressing European CD edition of “Psykerion” comes with an O-Card packaging and two additional bonus tracks (“Isle of Bizen [acoustic version] and “Recoil [instrumental version]”). It can still be ordered from the IOM webshop in Europe here:http://smarturl.it/thoughtchamberiom