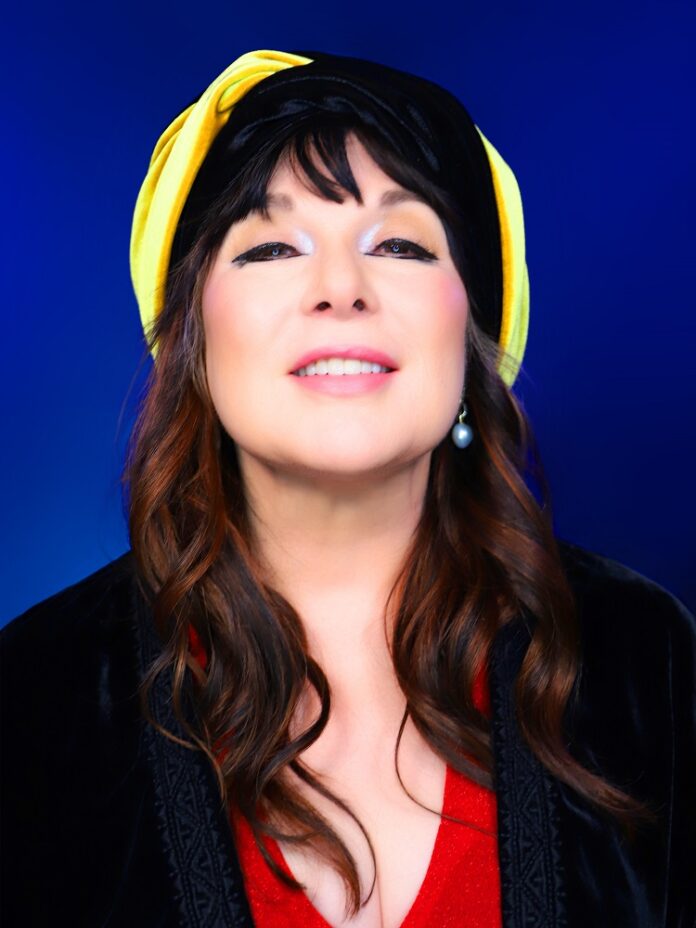 “‘Love of My Life’ is a beautiful song about endless love. It was my honor to duet with Vince Gill on this song; an unforgettable experience for which I’m grateful!” – Ann Wilson

Wilson has always enjoyed bringing new life and verve to classic songs, and with Queen’s ‘Love of My Life’ she has helped fashion a definitive version which stands toe-to-toe with the original.

“I had the idea for the Queen song ‘Love of My Life’ as a duet, so I just tried to picture who would be ‘the male angel’ that would sing the other part of it,” explains Wilson. “I thought how great the song would be if it was stripped down and just sung with soul, and it had to be Vince Gill because he’s got that voice, that soul.”

Wilson’s rendition of Robin Trower’s ‘Bridge of Sighs’ is another spectacular take on the classic featuring on Fierce Bliss.

“‘Bridge of Sighs’ in my opinion is the best blues song ever written,” offers Wilson. “That’s really saying something because it’s the vastness of the blues world, but this song is about true existential dread. It isn’t just you’re hurt because you lost your boyfriend or girlfriend, you’re on the edge of the abyss.”

“I like stuff that goes all the way,” Wilson continues. “I’m one of these people that halfway is not good enough. So, with Kenny Wayne Shepherd, one of the coolest monster guitar players around, it just made so much sense, and he tore it up. One of the most rewarding things for me as a singer, to not be hurried. The best singers are the ones who can sing ballads and really make it work, because you don’t have to be a genius to be a rock shouter or sing rock songs. But that ballad, where it’s slowed down or stopped and you’re centre stage with the spotlight? Every little nuance is important, and I think that’s what ‘Bridge of Sighs’ was for me.”

One of the premier hard rock vocalists of all-time, Wilson smashed boundaries with her band Heart, the 8-times Platinum, 35 million-plus selling Rock and Roll Hall of Fame trailblazers who formed in 1973. During a decades-long career, Wilson rode the roller coaster of fame, fortune and madness, learning both joyous and hard, hard lessons along the way.  Fast forward to the summer of 2020 and a road-trip with her husband (all aboard a rented tour bus with protocols observed!) saw Wilson in the Bay Area, where she ran into the legendary veteran ‘artist’s lawyer’ Brian Rohan; it was the catalyst for Fierce Bliss‘s creation.

Fierce Bliss is not just an album for fans of Ann Wilson and Heart, it is an album for everyone seeking a lavish ticket out of the sharp edges of an increasingly fraught society. Fierce Bliss also marks perhaps the first time in her illustrious career that Ann Wilson has truly felt the wind in her wings, something which might seem a strange statement given her pioneering history.

To cap it all, the album artwork comes from the mind and hands of celebrated fantasy artist Roger Dean, who aside from his work in fantasy art is also renowned for his Yes sleeve artwork.

“I love Relayer (Gates of Delirium) painted with almost no colour and other works with equal power and equally restricted pallets, however, sometimes I just love to let go.  With Fierce Bliss there is a strong psychedelic current flowing throughout, something that I love but don’t do often enough. Mike Inns helped to keep the psychedelic presence intense especially with the Parrots and made sure that we got this over the line intact. It was great fun working on this.” – Roger Dean

Listen to recently released ‘Greed’, ‘Missionary Man’ and ‘A Moment in Heaven’ at this location

Wilson will soon be hitting the road with her new band, and make no mistake, she’s a performer at heart thus her excitement is palpable.

‘AN EVENING WITH ANN WILSON OF HEART & THE AMAZING DAWGS’

Tickets can be purchased at this location