All Loud On The Eastern Front 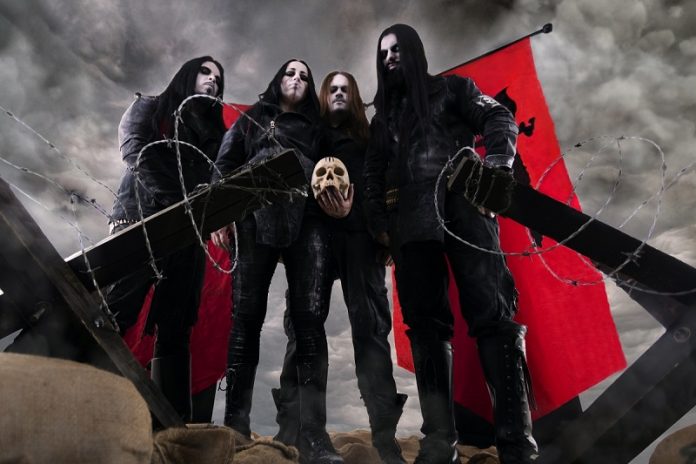 Ipswich ‘War Torn’ Black Metal 4-piece EASTERN FRONT are the fifth inductees to the resurrected Cacophonous coven, signing to the label today and announcing their much anticipated third album EMPIRE for release on 30th September.

EMPIRE focuses on the concept of building an empire through bloodshed and devastation, and is the first record to feature new vocalist Marder.

“Signing to the birthplace of UK Black Metal, and to be a part of this historic relaunch is such an honour. Their mission statement and work ethic really resonates with us and clearly it hasn’t changed since the early 90’s, their passion to succeed is infectious and with it being such exciting time in the UK extreme music scene the quality of the Cacophonous roster is testament to that. We feel our brand of War Torn Black Metal is a perfect fit and will add to the legacy. Cacophonous has always had a great reputation for pioneering new and established bands, so in our tenth year of existence it’s the perfect place for Eastern Front to launch ‘EmpirE’.

‘EmpirE’ is our darkest and most conceptual release to date. Its essence is limitless loss, the notion that empires are literally built upon countless sacrifice and slaughter. The bigger the empire the more blood will have been spilt, the more pain endured, the more wounds inflicted. ‘EmpirE’ is a focused single vision of death as is conveyed throughout the artwork and is our statement of intent as a band redefined. This concept resonates for the members of Eastern Front, pain and loss having been the band’s fifth member for the last few years so this as catalyst certainly affected the writing when research began, that place of introspective honestly is what birthed the album ‘Empire’

We welcome Marder to the vocal parapet, a true ferocious force of nature and now an essential part of our battalion. During the first studio sessions Marder came in as a guest for the record but from the first scream we knew if the job of vocalist for Eastern Front ever became available again she is the one. It did. She is.” 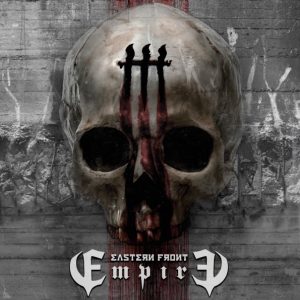 Formed in 2006, EASTERN FRONT are by no means strangers to the world of Extreme Music. Releasing their debut album BLOOD ON SNOW in 2010 and sophomore album DESCENT INTO GENOCIDE in 2013.

With live shows in the works and their anticipated third album due in September, EASTERN FRONT are an unstoppable force. EMPIRE is the soundtrack of a band pushing the boundaries in Extreme Music.

Previous article
A Grand Gesture
Next article
Burn Up