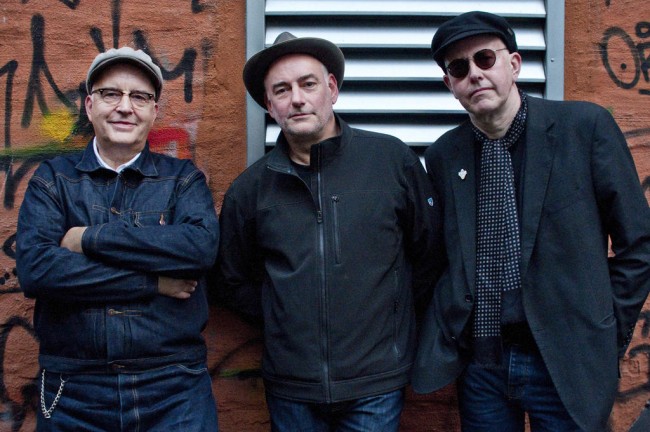 Punk legends back on the road

Legendary Punk act Ruts DC have announced they will embark on a major UK tour throughout October 2015, including a date at London’s iconic Jazz Café on Tuesday 13th.

The Ruts DC live show consists of songs representing their many phases: the more recent ‘Rhythm Collision 2’; the critically acclaimed ‘Animal Now’ and of course, classic versions of Ruts songs ‘Babylons’ Burning’, ‘Staring at the Rude Boys’, ‘Jah War’ and many more.

The band will also be debuting a number of new tracks, including ‘Psychic Attack’, after which the tour is named. The 2 original Ruts members -­ Segs Jennings and Dave Ruffy -­ provide an exciting powerhouse rhythm section for new addition Leigh Heggarty to excel on guitar.

Ruts DC released a ‘LIVE ON STAGE’ album last year and their book, ‘Love in Vain’ -­ the story of The Ruts and Ruts DC written by Roland Link and edited by Paul Trynka, was recently released to critical acclaim.

Ruts DC were formed in 1980 by guitarist Paul Fox, bassist John ‘Segs’ Jennings and drummer Dave Ruffy. With vocalist Malcolm Owen they had previously been The Ruts, one of the best loved bands of the punk rock era, releasing several fine singles (including ‘Babylon’s Burning’ which earned them a silver disc) and two much-­acclaimed albums ‘The Crack’ and ‘Grin And Bear It’. Musically they were always more ambitious than many of their contemporaries, mixing reggae and rock in a manner that still influences musicians today; lyrically they reflected their uncompromising support for causes like Rock Against Racism.

Following Malcolm’s untimely death the three musicians regrouped, adding the musical term D.C. (from the Latin for ‘from the beginning’) to the name. Despite critical acclaim the band folded in 1983, although in July 2007 The Ruts played together one more time when with U.S. punk hero Henry Rollins on vocals Paul, Segs and Dave reunited for an emotional performance at the Islington Academy. With Paul suffering from incurable lung cancer it was an evening which also featured many of their punk contemporaries and which will live long in the memories of all who were there.

In the interim years Segs and Dave have worked separately and together with some of the biggest names in the music industry – and then in 2012, Ruts DC returned.
Segs now handles lead vocal / frontman duties with panache and respect while Ruffy sings acking vocals whilst still holding down the perfect beat, and long-­time TV Smith collaborator Leigh Heggarty wields the axe on guitar duties. Sounding fresh as ever and with the songs still carrying an important message in these current times, the Ruts DC show is a must see.