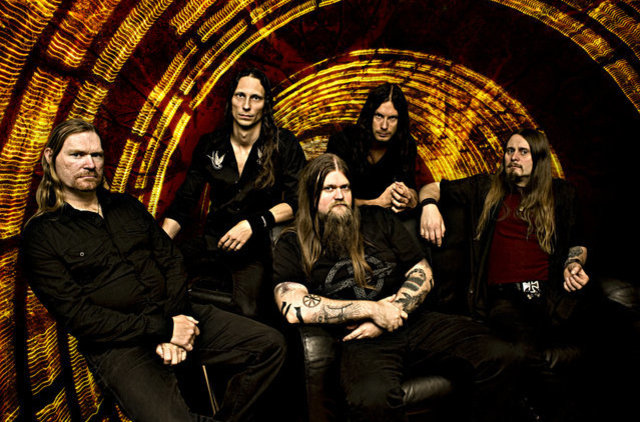 Norwegian progressive extreme metallers ENSLAVED have just returned home after celebrating an incredible three days of performances at By Norse in London. To celebrate these recent 25th anniversary shows, the band have released a short film discussing By Norse and their affiliation with London.

Founding member Ivar Bjørnson commented on the London dates last week and the band’s forthcoming EU tour: “As we have just arrived back from a fantastic weekend of celebrations during London By Norse, there is already more great news; our 25th anniversary European tour is ready, and will happen this fall! We’re glad to be bringing along the rising stars in Ne Obliviscaris, who will join us in covering a lot of European territory where we have not been for a while. What a way to spend the second half of this very special year for us. We can not wait to see all of you out there on the road!”

Today the band have announced that the ENSLAVED 25 tour will continue around Europe to celebrate their 25th anniversary. The more progressive minded set ‘Spinning Wheel Ritual’ will be the focus of this tour.‘Spinning Wheel Ritual’ is looking firmly to the future and the most recent chapter in Enslaved’s story. Their progressive nature will take centre stage, as more recent albums like ‘Vertebrae’, ‘RIITIIR’ and ‘In Times’ are placed together for the first time. The focus here will be a reimagining of sorts – the emphasis on the band being viewed in a new light, touching potential new audiences as well as those who have followed the band since the early days.

The ENSLAVED 25 tour will be heading to Damnation Festival in Leeds on November 5th. Get your tickets for this special event, here:  http://www.damnationfestival.co.uk/tickets