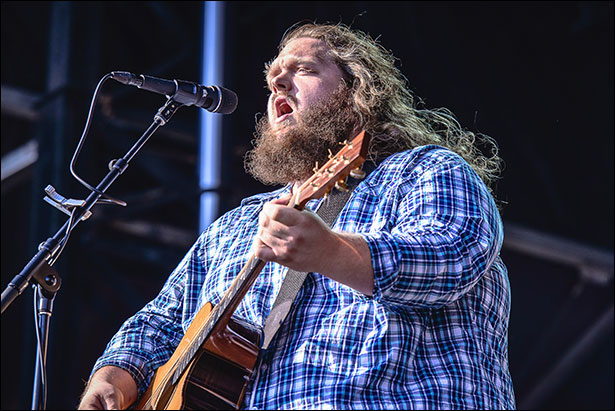 To coincide with his May 2017 UK tour, Canadian singer-songwriter and guitarist Matt Andersen will release his new single Who Are You Listening To? on Monday 3rd April – taken from his critically acclaimed album Honest Man.

Matt Andersen has been enthralling audiences with his one­-of-­a-­kind performance in North America, Europe and Australia for years.   Produced in New York with Commissioner Gordon (Joss Stone, Amy Winehouse, KRS­One), Honest Man follows up the JUNO Award nominated album Weightless and sees the songwriter pushing himself into new territory.

Who Are You Listening To? was hatched with Ryan Hupman during a pre-US election social media flood and emerges as rally call for people to make up their own minds and not be swung by the ‘information’ we’re being fed.

With over 10 million views on YouTube, two European Blues Awards, and winning Best Solo Performer at the Memphis Blues Challenge, it appears that the entire world is now discovering Matt Andersen. A powerhouse performer with a giant soul-filled voice and commanding stage presence, Matt has built a formidable following the old fashioned way – touring worldwide and letting the converted audiences and Andersen devotees spread his reputation through word of mouth.