Lions Grow All Over The World 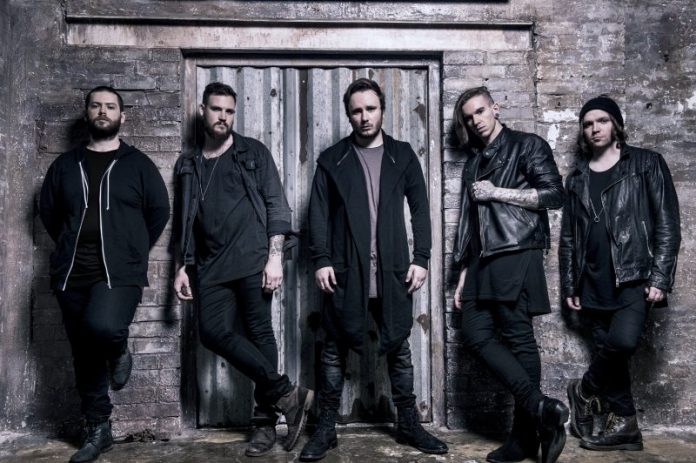 Following the release of their debut album Selfish Age via Better Noise Records last week, UK five piece As Lions have announced a 10-date US tour this Spring with US metallers Shinedown. They have also announced their first UK festival appearance of the year at Bristol’s Fat Lip Festival in July, along with Young Guns and will be playing a number of US festivals including Rock On The Range, Welcome To Rockville and Northern Invasion.

The debut album was produced by the acclaimed Kane Churko (Five Finger Death Punch, Disturbed, In This Moment), and award-winning producer David Bendeth (Of Mice & Men, Paramore, Bring Me The Horizon) and blends hard-hitting rock with the melodic, soaring vocals of Austin Dickinson, creating a seamless album ranging in both emotion and sonic expression. It also features the latest single ‘Bury My Dead’, which you can watch the lyric video for HERE.

Lyrically the album draws from current matters, speaking to consumerism and the world’s image-obsessed culture, letting go of life’s burdens, and navigating the way out of disaster. “I was thinking about the idea of where we’re at in the world—where I sit and where my generation sits,” says Austin Dickinson.

Take, for instance, the electro-tinged title track, ‘Selfish Age’: “To me it’s a song first and foremost about consumerism and this relentless taking and taking, until you realise you’ve taken so much that you’ve lost sight of what you originally set out for,” Dickinson explains.“There’s a very powerful sense in the world right now that something went wrong. We don’t know quite when or where it went wrong, but we have no idea how to turn back the clock and fix it. And I think a lot of people placate that feeling by just consuming—plugging the hole, so to speak.”

Since coming together in 2015, As Lions—comprised of Austin Dickinson, guitarist and keyboardist Conor O’Keefe, guitarist Will Homer, bassist Stefan Whiting and drummer Dave Fee— have played sold-out shows in the UK, as well as performing with Trivium, and recently wrapped up a US arena tour with Five Finger Death Punch and Shinedown, spanning 27 dates, including 13 sold out shows across the states.

Kicking off 2017 with their eagerly awaited release and tour announcement, As Lions are prepared for a massive year ahead. For more information on the band, album and tour, visit aslionsband.com.