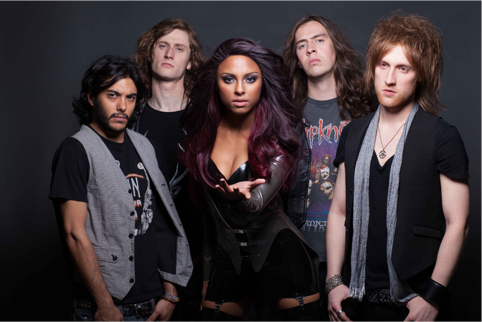 On April 22nd  Lilith and The Knight release their ferocious debut single ‘Wake Up’ on Red Vixen Records.

Describing themselves as ‘Exciting, Sexy and Loud!’ Lilith and The Knights’ Wake up is a dark and seductive full on assault to the senses.

Hailing for London, Lilith And The Knight comprise of the salacious and mesmerising Lilith on vocals, the sizzling duel lead guitar talents of Adam and Stephen and the grinding heavy rhythms of Tom and Francesco, blending together to create a refreshing distinct and unique sound.

The Wake Up video depicts the four elements: earth, wind, fire and water taking human form and finding themselves trapped in a cell. Chained and repressed these elements eventually unleash their full ferocious power.  Lilith created the concept for the video and plays the part of wind in this compelling video.

The band took its name from Lilith; the mythical creature of the night who, in Jewish folklore was Adam’s first wife, thrown out of the garden of Eden for her strong will. In other stories she is said to be a thrilling female demon, thought to terrorize the night. Lilith And The Knight certainly live up to their name! Their often sensual verses and intense, dynamic choruses make for an electrifying musical experience!

Wake Up is as irresistible as gravity’s pull. 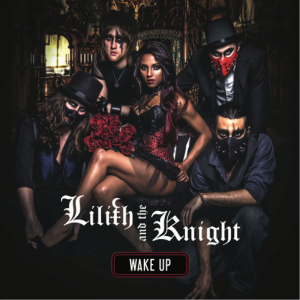 Catch Lilith And The Knight live