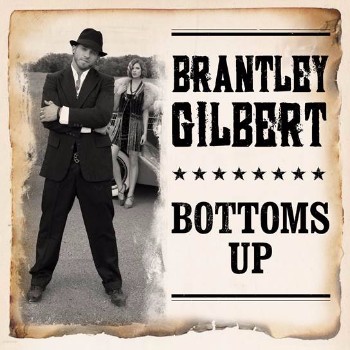 US Star releases new video ahead of tour

Brantley Gilbert has announced the UK release of his 3x Platinum-certified American single ‘Bottoms Up’. The smash-hit has had more than 80 million views to date and over 42 million plays on Spotify. Hitting the top spot at country radio Stateside, the UK release of ‘Bottoms Up’ coincides with Brantley’s return next month as part of his international Blackout Tour.

Brantley is a force to be reckoned with, notching six career number one singles in the US and selling nearly 10 million tracks to date off his three studio albums which include back-to-back Platinum projects Halfway To Heaven and Just As I Am.

Just As I Am scored the third-highest Country chart debut of 2014, landed in the Top 5 Best Country Selling Country Albums of 2014 and was named the American Music Awards Favourite Country Album. The project also features 2x Platinum #1 hit ‘One Hell Of An Amen’ and Gold-certified ‘Small Town Throwdown’.

With a blistering stage show, the rough-hewn southern singer-songwriter believes in cutting deep veins of truth into his music. A definite must-see artist, the few remaining tickets for Brantley Gilbert’s headline UK tour are £16.00 (£18.50 London) and are on sale now – http://gigst.rs/BG