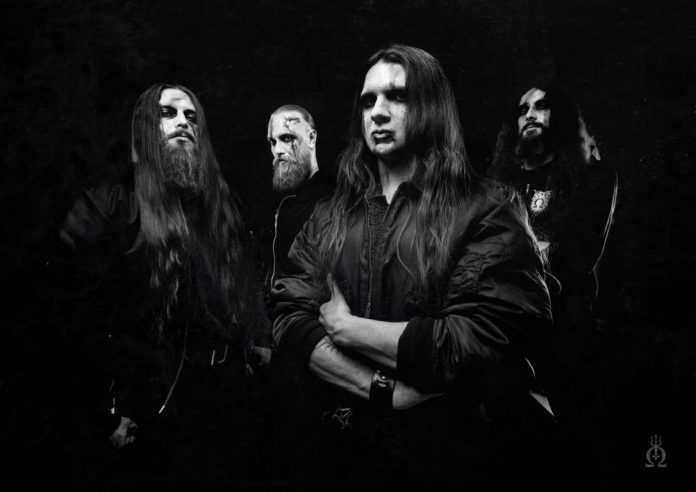 Polish Extreme Black / Death metallers HATE have refined their formula and have created an album that re-establishes them as a serious player on the scene. Please welcome Tremendum – out on May 5th via Napalm Records!
You will re-discover the band and on a new level, as they seem to reach into different musical resources including progressive beats, ingenious song structures and a completely new sound, which is still authentically harsh and yet very powerful. Beware! The amount of fierceness on the album is beyond anything HATE have ever done before.Check out album artwork and full track listing and read what HATE‘s leader Adam Buszko unveils on the album artwork:
“The drawing on the cover depicts a nighthawk (Polish: lelek), a nocturnal bird that was treated with great respect by Slavic tribes in pre-Christian times. Nighthawks were believed to bring souls to this world and take them away from dying people. In that case they gathered in big numbers screeching for long hours. So they were called „messengers of death”. As this album has different Slavic references, we chose Nighthawk as a symbol that best conveys its meaning.” See the stunning album artwork by Daniel Rusilowicz below: 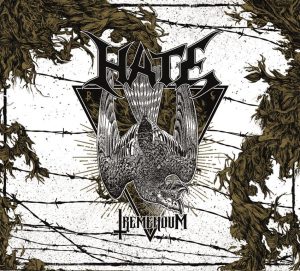 The material’s title Tremendum (eeriness and the fear of the holy) refers to an archaic notion of holiness, which is both good and evil. And you will have absolutely no doubt which part of it this band represents.

Tremendum will be available as CD Digipak and LP Gatefold.

Pre-Orders of Tremendum will be available shortly!