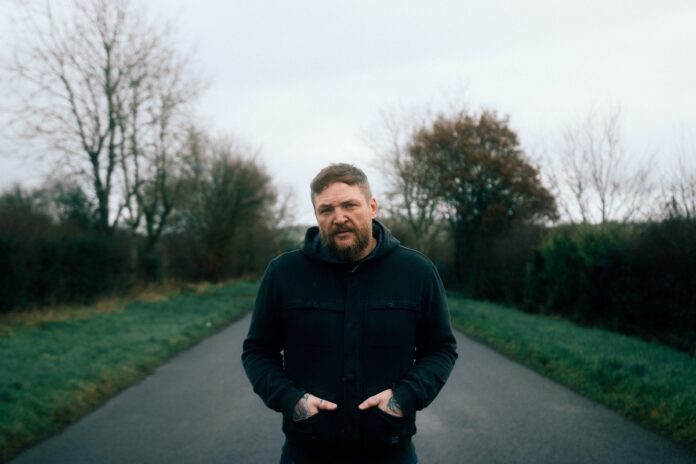 The second single from his upcoming new album, the romantic anthem ‘Everytime’ is about the love that Northern Irish singer-songwriter Lee Rogers has for his wife, Nikita, “She is the person who helps fix my mistakes, never judges and soothes me back to the human I am supposed to be,” he explains. “I can’t count how many times she has painstakingly put me back together, held me when I was falling apart and reasoned with me when I wasn’t seeing reason in anything. I know that if you find that person in your life, who calms your storms and puts out the fires, who helps you be what you are meant to be, then you’ll get every word of this song.”

Based in Carrickfergus, just north of Belfast, the music made by Rogers sounds as resilient, gorgeous and scarred as his home turf looks. The sensual, resplendent songs contained on ‘Gameblood’, his long-awaited second album (his debut was in 2006), display an elegiac musical craftsmanship while showing off open-hearted, lyrical storytelling.

“My dad was a second generation settled Gypsy with black hair, swarthy skin and green eyes, like me,” he states. “He had gold hoop earrings and old Indian-inked tattoos. He was as hard as the road he walked on but had the softest heart for us and my mother, who he loved unconditionally. He had a fighting spirit, and that’s what I believe ‘Gameblood’ means and is where the album title comes from.”

On this third official release (he also issued an EP entitled ‘Dark Notions’ in late 2021), Rogers comes across as a manly yet tender outcast with an honest musical solidarity to fellow wounded exile-pioneers who have experienced similar rocky relationships and existential pain.

Recorded at Sycamore Studios with his regular band and produced by Gareth Dunlop (who also produced the recent EP), ‘Gameblood’ will be released on Zenith Café, a label based in Northern Ireland that is dedicated to promoting artists from that country. Rogers describes the album as “a visit to those hard places that most people put to the back of their psyche and build a wall around. Love, lust, life, death, addiction and lots of spirits and ghosts moving around holding it all together. This album is a truer reflection of myself, my stories, where I’ve been and where I hope I am now. It’s music for the grown-up mind, those folk who have seen a bit of life, and can relate to the songs. Though I am hoping some of the kids love the vibe too!”

Rogers admits that he wasn’t in the greatest of places when he started writing the album, while the subjects of its songs have themes hard to visit that he was at least able to harness and heal in the recording process. The result is a tender, raw yet sophisticated record reminiscent of classic folk albums such as John Martyn’s ‘Solid Air’, the soulful craft of Keb Mo’s ‘Blues Americana’ and the glistening baroque balladry of Tom Waits’ ‘Mule Variations’. Having worked as a tattoo artist for over a decade following the release of his debut album, the additional attention to human vulnerability and creative detail he has brought across from the skill set required in that industry has helped to set Rogers apart from most of his contemporaries.