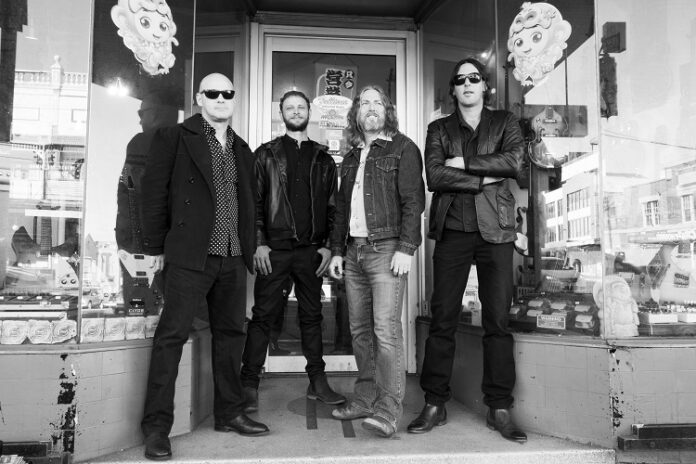 Australian rock band LEADFINGER are due to release their fantastic new album in early 2022 through Golden Robot Records, their first since the highly regarded 2016 album, Friday Night Heroes.

In the lead up, the band are teasing the album by releasing their most notable singles, the second of which is ‘The Fall of Rome’, an epic follow up to the earlier NOBODY KNOWS single from June. ‘The Fall of Rome’ is out now on all digital platforms.

Watch ‘The Fall of Rome’ HERE

‘‘The Fall of Rome’ came to the band’s songwriter Stewart Cunningham in a dream and rides on the back of a haunting guitar arpeggio and lyric about the eternity of love in a dying world. This may well be LEADFINGER’S finest musical moment, evocative of the Blue Oyster Cult classic ‘Don’t Fear the Reaper’ and brimming with 70’s rock guitar flourishes and vocal harmonies.

LEADFINGER have been a mainstay on the underground rock scene since the mid 2000’s, releasing numerous albums through labels like Citadel Records and Bang! Records out of Spain. LEADFINGER have now returned to playing live in 2021 as part of the Golden Robot Records roster.

Listen/ Buy ‘The Fall of Rome’HERE