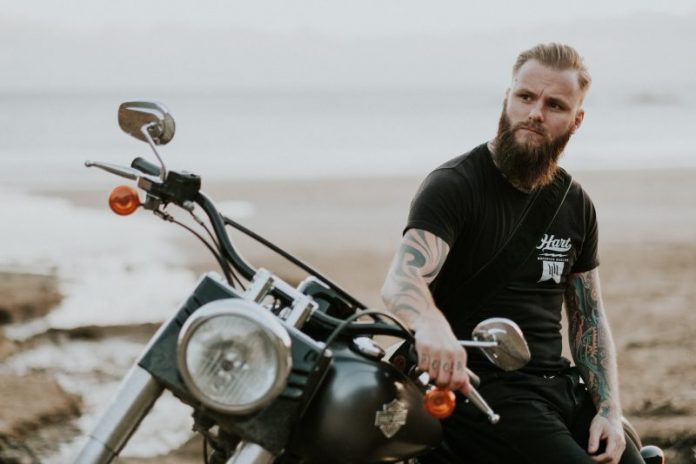 Mascot Label Group are thrilled to announce that the Kris Barras Band have joined the Provogue label to sit at home amongst some of the finest modern blues icons such as Joe Bonamassa, Beth Hart, Kenny Wayne Shepherd, Jonny Lang, Walter Trout, Eric Gales, Sonny Landreth, Gary Hoey and more.

The Devonshire born blues-rock guitar-slinger Kris Barras has built a fearsome live reputation across Europe through solid touring and  the release of 2016s stellar full length debut ‘Lucky 13′ which has seen him battle his way to the front of the British blues-rock pack.

2017 saw him step up and step out to play in front of huge crowds at RAWA Blues Festival (Poland) and an incredible performance at Ramblin’ Man Fair (UK), but these crowds hold no fear for the former Mixed Martial Artist who has fought across the world including in Thailand, Las Vegas and in Singapore, where he fought in front of 8000 people, winning 14 out of 17 professional fights.

Inspired by his father at the early age of six years-old, Kris was already making an appearance on stage before turning ten. He has since gone on to spend more than twenty years thrilling audiences throughout the globe playing live.

Inspired by Gary Moore and Jimi Hendrix his music and fighting went hand in hand and disillusioned by the music industry as a young man, the offers for professional fights came thick and fast. “People used to think I was crazy to be fighting in cages, risking damage to my hands” he says. “Truth is though, I always enjoyed it and found that the fighting world offered me more opportunities than the music industry. I got to fight in front of 8000 people in Asia, I would’ve much rather have played to them instead of getting punched in the face.”

Talking about joining Provogue Kris says; “I’m really excited to be working with Provogue/Mascot. Their track record of putting out the best in Blues/Rock, is second to none. To be part of a roster alongside the likes of Joe Bonamassa and Kenny Wayne Shepherd, is a dream come true. It’s been a long road getting to this point in my career and I feel with Mascot on my side, it’s just getting started”