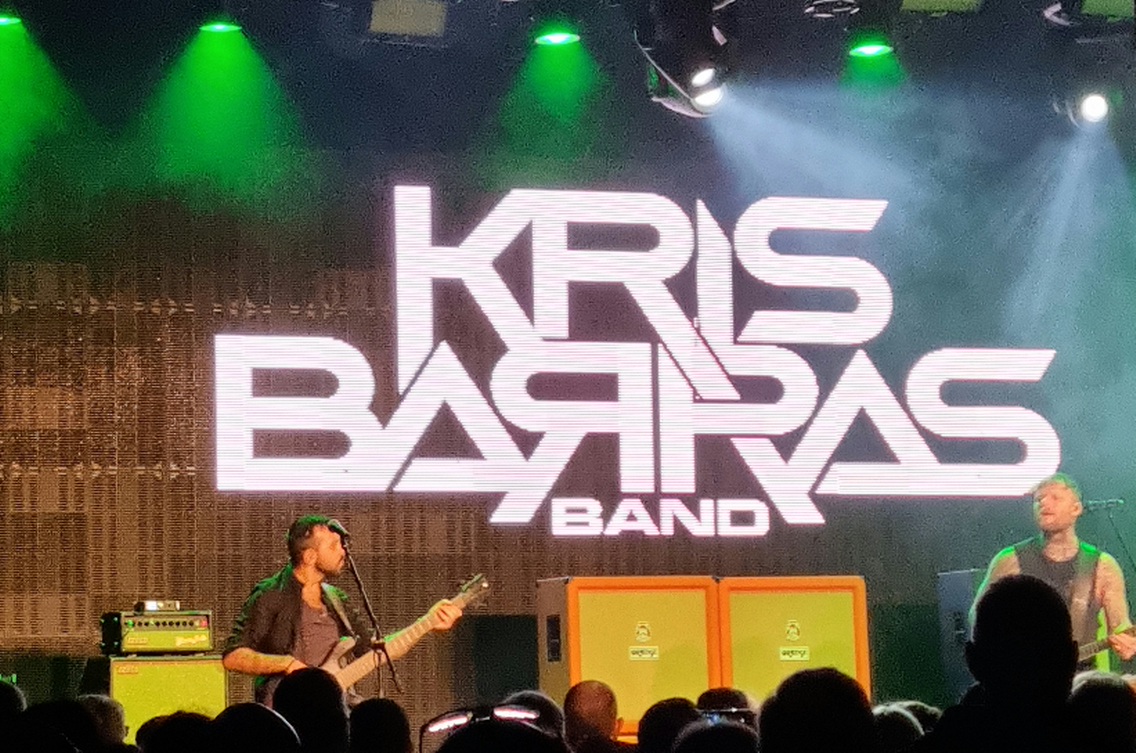 Florence Black seem, in the last few months since gigs resumed, to have made a conscious effort to make up for lost time. This is the third show I’ve seen them do in a few months, and the same thing is true: each occasion you see them on the stage you are looking at a more complete outfit. “Zulu” – as ever – kicks off, but the Merthyr Tydfil three piece have changed things up a little this time and the slightly longer set enables a little more breadth. All of which means that “Pierrepoint” is infused with a little extra frisson of excitement and older stuff like “Same Again” (from their very first EP) benefits from the greater skill and craft FB now possess. That’s why I’ve always believed that their cover of “Breadfan” is so well chosen, because just as Budgie never fitted into a neat box, then neither do their countrymen. That one is usually the way they end their set. It isn’t here, and instead “Sun And Moon” – one of their absolute stand-out moments – does. MV has said before that Florence Black are one of the finest rock bands on these shores right now, and that is true, but what is also fair to say is that they are the most improved too. How far they can go is anyone’s guess, but whatever happens, you can never accuse them of resting on their laurels.

It’s a throwaway remark, perhaps, but when Kris Barras says, before he plays “Heart On Your Sleeve” in the little acoustic section  “this is from the debut record. Who’s got that? I fuckin’ hate that album!”, he might only be talking about the production values, but it hides – as jokes often do – a real truth.

MV has reviewed a couple of Kris Barras Band gigs over the more recent years, but personally, I’d not been able to attend, so it was, give or take a fortnight, four years since I’d seen KBB headline (I’d seen a brilliant support set to Black Stone Cherry last autumn) and watching them here, it truly is like watching a different band.

The crowd has got much bigger for a kick off, but also, this isn’t a rocking blues band anymore – like it was in 2016 when I first saw KB open for Stevie Nimmo – this is a rocking, well, rock band.

Anyone who has heard the brilliant “Death Valley Paradise” record that came out a week or two back would know that this is a different beast – although when Barras asks who hasn’t heard the album there’s a decent show of hands. His reply? “Your mad. You’ve paid good money and you won’t know any of the songs” shows not only how many new ones there are, but also how much of a change it all is.

Opening with “Hail Mary” – a favourite from the album before this  – is a welcome but we are straight into the new stuff, “Dead Horses” sounds mighty, and the other one from that debut record “Rock N Roll Running Through My Veins” (the irony of the title is not lost given the “new” sound) is given a brand new edge.

You cannot escape that these new songs sound huge. Arena rock, essentially is what “These Voices” (which they reckon is their favourite from the album) and “Hostage” are, but when Barras and Josiah J Manning, the long time sidekick, play acoustic the second of the pair they do, “Simple Man” shows their absolute skill as musicians.

And that becomes even more apparent as it hurtles towards the end. “Watching Over Me”, (the song he wrote for his dad) is simply beautiful and the solo stunning, and the rhythm section of Kelpie McKenzie (who brings a new meaning to energetic) and Billy Hammett are as powerful as anything out there, which means they can switch gear for the incredible “Who Needs Enemies” with ease.

When I reviewed “….Paradise” I’d said that “My Parade” was inked in for the live set, and it really was. Barras eschewing the guitar briefly to be a frontman in a rock n roll band, and even here on a Sunday night, it worked. On a summer’s day at some festival, they’ve got a showstopper.

The encore “Lovers And Losers” is equally good mind you, and the interplay between the band – and this is very much a band – shines through. It all adds up to a night that shows an artist who didn’t want to settle, but to push, and he seems thrilled with his place right now, and is doing exactly what he’d always wanted to, it seems.