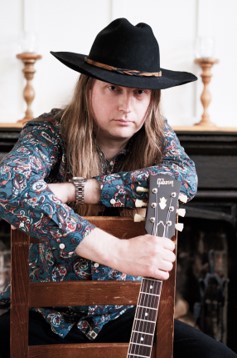 Thrice British Blues Awards nominee, London-based soul-bluesman Mississippi MacDonald releases the stylish black and white video for his latest single ‘It Can’t’ Hurt Me’: the second release from his eagerly awaited album, ‘Do Right, Say Right’ (to be released on 19th November 2021, on APM Records).

‘It Can’t’ Hurt Me’ is a fresh song, built on classic Blues blueprints and foundations, given a modern spin, angle and message: an engaging hook and guitar solo, sweet Hammond organ and subtle percussion, plus impassioned vocals and no-holds-barred lyrics about suspected infidelity and resilience.

Shot with no small visual flair, the video shows the UK bluesman walking the streets of London shot in elegant silvery tones with a modern film noir look, while his eloquent opening guitar solo plays, hooking and drawing the listener in.

The locations in the video were chosen with care: each and all are steeped in meaning for Mississippi, and the constant movement in the city shots is also entirely deliberate.

“’It Can’t Hurt Me’ is about keeping going, even when bad luck and trouble come knocking,” explains Mississippi MacDonald, “If you do, then you’ll get there every time. And that’s what this video is all about – a journey.

“The locations have a lot of meaning for me – London is the city I live in and the city I love.  From around Tower Bridge where I used to live and started out, through Denmark Street where I bought guitars right to the 100 Club where we’ll be on November 30th for the album launch.”

Speaking of journeys, as Kieron Tyler aptly put it in Mississippi’s biog: “MacDonald has arrived at the centre of a potent musical crossroads – where blues and soul meet. Not only is his thinking along the lines of The Black Keys, his whole ethos is simpatico with the roster of Jack White’s Third Man label – a thrilling present symbiotically drawing from the past.”

Check out Mississippi MacDonald’s video for ‘It Can’t Hurt Me’, as well as the single, now available on all digital platforms https://linktr.ee/mississippimacdonald classic Blues and soul, plus original talent. And watch out for the keenly anticipated release of its parent album on the 19th November, which Mississippi will be celebrating –in full colour — at the 100 Club seen in the video.