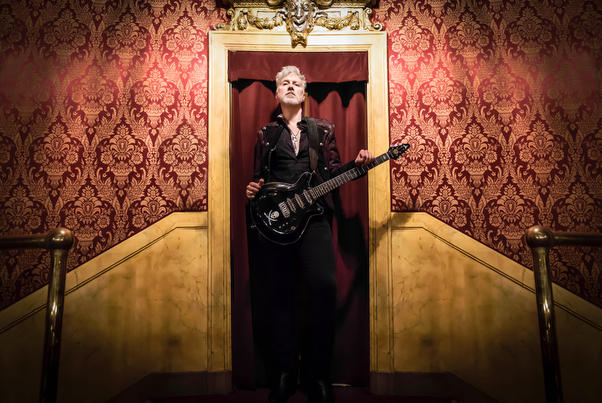 Frontiers Music Srl is proud to announce the upcoming release of ‘Burn For Love’, the debut album by KiIler Kings, which is a musical alliance between singer Gregory Lynn Hall (ex-101 South) and guitarist Tristan Avakian (ex-Red Dawn, Queen Extravaganza). Out on 14th October, two singles from the record have just been made available simultaneously to introduce themselves to listeners.

The duo joined forces following a suggestion by Frontiers boss Serafino Perugino that they collaborate, and as Killer Kings they combine the approach of their previous endeavours with some interesting new twists.

Lynn Hall had pounded the pavement in the thriving ’80s Hollywood rock scene, playing at all the well known rock venues in town before becoming a session vocalist. He returned to California in the late ’90s and met Roger Scott Craig (ex-Fortune), with the two founding 101 South and recording three albums together. He has also worked with Heaven & Earth (as bassist) and made one solo record.

Avakian has years of experience in theatre, touring, writing and production for a wide-ranging list of artists that include Cirque du Soleil, Lauryn Hill, Mariah Carey, Trans-Siberian Orchestra and Biohazard. He has also worked with producers such as Steve Thompson and Rob Thomas and joined the Queen Extravaganza show in the USA. In the ’90s he played guitar in Red Dawn, a band formed by former Rainbow members David Rosenthal, Chuck Burgi and Greg Smith.