Kicking Up A Storm 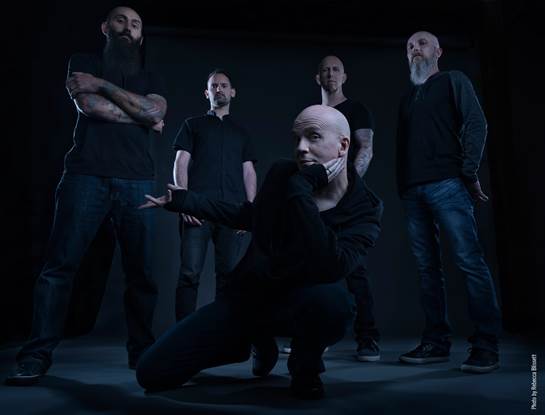 A brand video from DTB

Devin Townsend Project recently released their acclaimed new album ‘Transcendence’ last month, and the band are just finishing up a North American tour in support of it. Now they are pleased to reveal an epic new video for track ‘Stormbending’ which is premiering now on VEVO. Watch it here: http://vevo.ly/leUkkd

Devin had this to say:
“Stormbending was a song that meant a lot to me while writing and when asked to do a video, I really pushed for it. I think the idea of it was based around turning the tide of your own perspectives on things. It’s very easy to get caught up in the negativity and fear that kind of pervades most things lately, and finding ways to fight that away and keep a strong outlook on your own life can be challenging. It’s really easy to give in to it all as opposed to consciously working to better your situation. The video was done by a team of fantastic people in Serbia, and although it’s a challenge to be included in ones own videos, we decided to do one that was more performance based and I think it turned out really quite well. Thanks to everyone involved for making this happen and thanks to you for listening and supporting if you do :)”

DTP are just finishing up a North American tour alongside Between the Buried & Me and Fallujah. Videographer Mike ‘ZimZim’ Zimmer has been documenting the entire tour with daily video episodes which you can see over on Devin’s YouTube channel here:https://www.youtube.com/user/poopynuggeteer/videos

DTP have confirmed a European tour for 2017 with main support from Between The Buried & Me (excl. UK & Belgium) & Tesseract (UK only) plus openers Leprous (all dates). Full list of dates can be found below:

Tickets are on sale now here:

‘Transcendence’, the follow-up to 2014’s ‘Z2’ double-album (half of which was made up of the DTP full-length ‘Sky Blue’), sees the award-winning Townsend exploring a relatively new way of working, collaborating with the entire DTP band during the writing stages of the record.  “The result of this process is a record that I truly think the intention of is special” he says of the album. “I ‘found’ gas to put into the tank and am glad I did. I think the intention, the theme, and the participation of everyone involved allows this album to act like a fulcrum between the past few years and what I intend to do next with the symphony. I am very proud of it and everyone involved.”

The last 2 years since the release of ‘Z2’ have seen Devin busier and more ambitious than ever, culminating last November in the release of ‘Ziltoid Live At The Royal Albert Hall’, a brilliant document of their sold-out show at the famous London venue, that saw them bring the Ziltoid story to life on stage in his most impressive production yet.