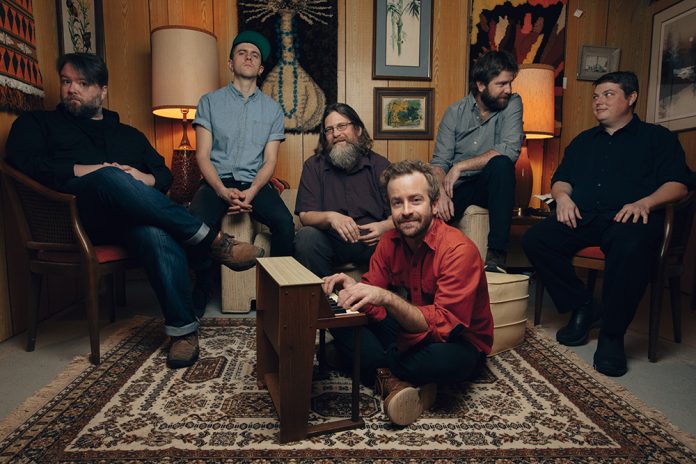 Celebrated Minnesota sextet Trampled By Turtles have today announced details of their long-awaited new album Life Is Good On The Open Road, due for release via Thirty Tigers on June 1, 2018.

After an indefinite hiatus, the band are returning with their first new album in four years following in the wake of previous Billboard-charting records which have included three No.1s on the Bluegrass and Folk charts. In line with announcement, the band have shared the first single ‘Kelly’s Bar’

Life Is Good On The Open Road is the welcome return that the group’s legions of passionate fans have been waiting for. Led by the songwriting of lead singer Dave Simonett, the new songs touch on key elements from the entire spectrum of Trampled By Turtles’ body of work, while creating something that sounds fresh and invigorated. Simonett, and bandmates Erik Berry, Ryan Young, Dave Carroll, Tim Saxhaug and Eamonn McLain reunited at a cabin in the Minnesota woods to see if the special chemistry they once shared still existed. It did not take long for the magic to reveal itself with an invigorated sense of purpose and the result shines brightly on Life Is Good On The Open Road.

After 15 years of recording and performing high-energy live shows, Trampled By Turtles have built a large and loyal fanbase that fill venues in their home of the US and here in the UK. As well as touring with the likes of Hiss Gold Messenger and Deer Tick, Trampled By Turtles have performed at festivals including Bonnaroo, Coachella and Lollapalooza, and performed twice on the David Letterman show. The band will return to the UK later in the year, more to come on confirmed dates shortly.