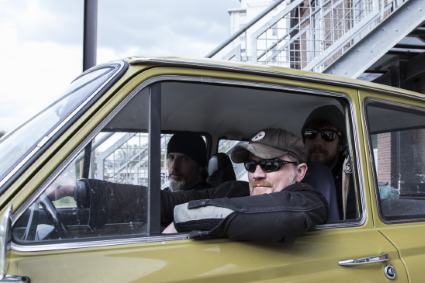 Hard rocking, riff-driven, heavily grooving US trio Karma To Burn are set to release a brand new album, ‘Mountain Czar’, on March 18th on Rodeostar / SPV, the day before they kick off their UK headline tour. Dates are:-

Explaining how ‘Mountain Czar’ fascinates from first to last note, guitarist William Mecum states that “If you want to compose a song without vocals, you have to really concentrate on the continuous flow of the arrangements; after all we don’t have a singer to cover up any weak passages. An instrumental track has to be like a rollercoaster ride that takes its audience up and down the whole time to maintain the suspense and dynamics. It’s got to be able to impress all the way.”

As usual, four of the five songs feature numerals instead of regular song titles, namely ‘Sixty’, ‘Sixty One’, ‘Sixty Two’ and ‘Sixty Three’, which the band describe as “a heavy rock song with a mix of Western style and the surf rock feel of the 1950s”. The album’s only song with a regular title, ‘Uccidendo Un Sogno’, is actually a cover version of Tom Petty & The Heartbreakers’ ‘Runnin Down A Dream’, featuring Italian vocalist Stefanie Savy, who recorded the vocals in her native tongue. Then on top of that, the end of the song surprises with a solo by Sons Of Morpheus guitarist Manuel Bissing.

In explanation of the album title, Mecum states that “It’s funny: our music used to be referred to as stoner rock although none of us smoke marihuana. Then our style was suddenly called desert rock although we don’t come from the desert but from West Virginia, which is also called ‘The Mountain State’ So it practically suggested itself to look for a term which really suits our music. That’s why we decided on the title ‘Mountain Czar’, in the hope that people would label our music as ‘mountain rock’ in future.” 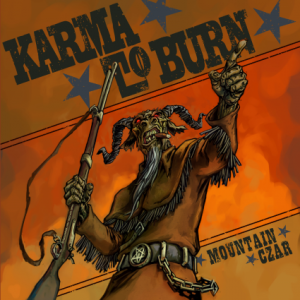