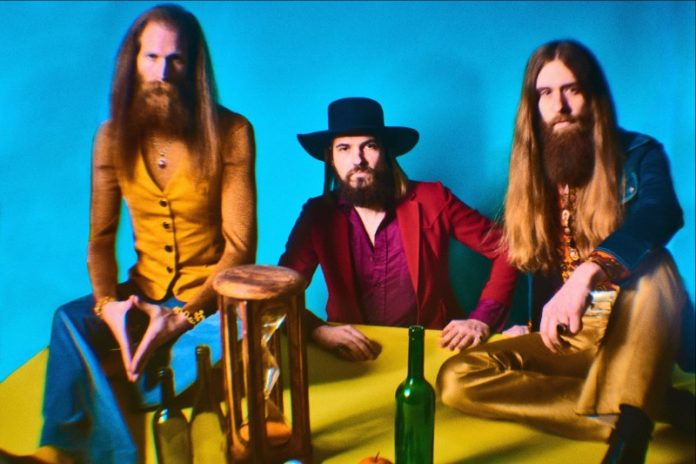 On Friday 29th September, the release day for the rockers’ anticipated fourth album ‘Rough Times’ the band will be signing copies of the new album and raising a glass in-store with fans.

Crypt Of The Wizard have teamed up with Kraken Rum to make sure everyone is suitably lubricated; so don’t miss out on a free drink and hear the album played in full with the trio!

‘Rough Times’, can be pre-ordered on limited edition gatefold vinyl from the Crypt, ready to pick up and have signed instore on the day here: https://store.cryptofthewizard.com/

Tracklisting for ‘Rough Times’ as follows:
Side A
1. Rough Times
2. Into The Wormhole
3. Skeleton Blues
4. Die Baby Die
5. Vampires
Side B
1. Tribulation Nation
2. Words Of Evil
3. You Found The Best In Me
4. The Lost Child
5. A L’Ombre Du Temps

Kadavar play a headline show at London’s The Dome the following day on the 30th September.
Tickets are on sale now available here:
http://www.seetickets.com/event/kadavar/the-dome-tufnell-park/1090310

The riff-lords will also bring the fuzz to the north when they play Sheffield’s HRH Doom Vs Stoner festival on the 1st October. Tickets available now:
http://www.hrhdoom.com/tickets.html