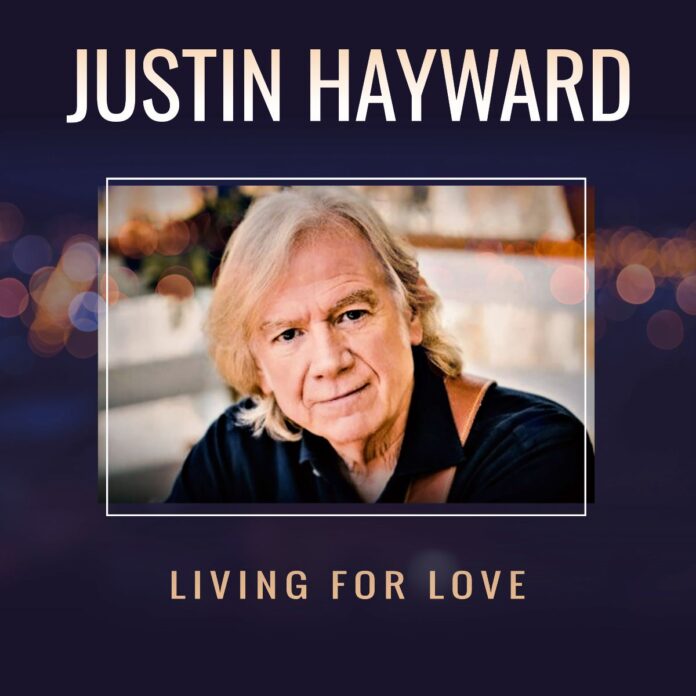 Justin Hayward is delighted to announce that today – 31 August 2022 – he releases a brand new single through BMG, entitled ‘Living For Love’. This is his first release for over two years and comes ahead of his ten-date tour of the UK in September. A new lyric video is also now available at https://youtu.be/lx2nIz_FF3s

He said of the release, “I’m one of a generation that as teenagers, if we were lucky, were living just for love; with the most wonderful music, freedom and optimism. We didn’t really understand at the time but I have to celebrate those days now,while we are still here, and we remember.”

‘Living For Love’ was recorded in Italy early this year, but the release was held until now while Justin featured in ‘The War Of The Worlds’ tour and completed his rescheduled live solo gigs in the USA so that the song could be released ahead of his UK tour. Justin and his recording partner Alberto Parodi are the only musicians who feature on the record. Justin plays his 1961 Gibson J200 and his 1963 Red Gibson ES 335, and Alberto and Justin, between them, play all keyboards.

Known principally as the vocalist, lead guitarist and composer for The Moody Blues, his is an enduring talent that has helped to define the times in which he worked. Possessing one of the most distinctive voices in rock music, as well as being the driving force behind The Moody Blues, Justin penned classics like ‘Nights in White Satin’, ‘Question’, ‘New Horizons’, ‘I Know You’re Out There Somewhere’, ‘Tuesday Afternoon’, ‘Story In Your Eyes, ‘The Voice’ and ‘Your Wildest Dreams’.

As well as his work with The Moody Blues, Justin has released seven solo studio albums and continues to be in high demand as a performer across the world – and especially in the US and the UK.  Fans across the country can look forward to hearing this new track performed live for the first time ever – alongside many of those timeless classics.

The BMG single ‘Living For Love’ shows that his creative spark burns as brightly as ever.