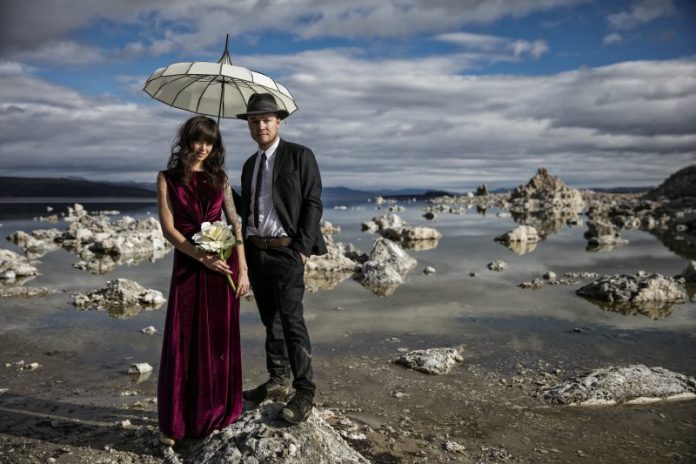 Speaking about the new video, drummer C.C. says “‘Isn’t it Great’ is a song that lyrically captures the awareness of the final moments in someone’s life, and making the choice to enjoy those moments instead of fearing them.  The video is an upbeat interpretation of a girl ending a bad date, and a fantasy playing out in her head as she walks back to her car. Instead of dwelling on the bad night she just had, she envisions a chance encounter on a rooftop where she experiences everything her life is missing without ever having to say a word.”

Anthony “Tone” Catalano and Celeste “C.C.” Spina’s story began in San Diego, where Little Hurricane formed. Having recently resumed playing drums after an eight-year hiatus, CC placed a musicians-wanted ad on Craigslist. Among the myriad of respondents was Tone, a studio engineer who’d worked with artists ranging from John Paul Jones to Gwen Stefani. The two musicians were neighbours who had never met, and bonded over mutual interests including the blues, unusual and vintage gear, and their individual experiences playing in high school jazz bands. A year later, Little Hurricane won three San Diego Music Awards, including Album of the Year for 2011 debut Homewrecker. Little Hurricane’s explosive live show soon landed them slots at major festivals including Austin City Limits and Lollapalooza, and garnered media attention from outlets including Rolling Stone, which profiled them in an extensive behind-the-scenes piece at SXSW 2012.

With so much history behind the band, their new record is a nod to its predecessors Homewrecker (2011) and Gold Fever (2014) while taking a resolute turn with its intention. These twelve new songs retain the honesty and immediacy of Little Hurricane’s earlier work; check out the gritty “Bad Business” (featured in PlayStation’s MLB The Show 16) and the driving instrumental “March of the Living.” Yet they also incorporate new timbres and a broader emotional scope, changes that underscore the band’s desire to transcend its dirty blues roots and connect with a wider range of music lovers.

This evolution is especially evident on the album’s first single “OTL,” a love song woven from understated keyboards and intertwined vocals. Married in summer 2016, the creative partners elected to openly share their happiness with listeners for the first time.