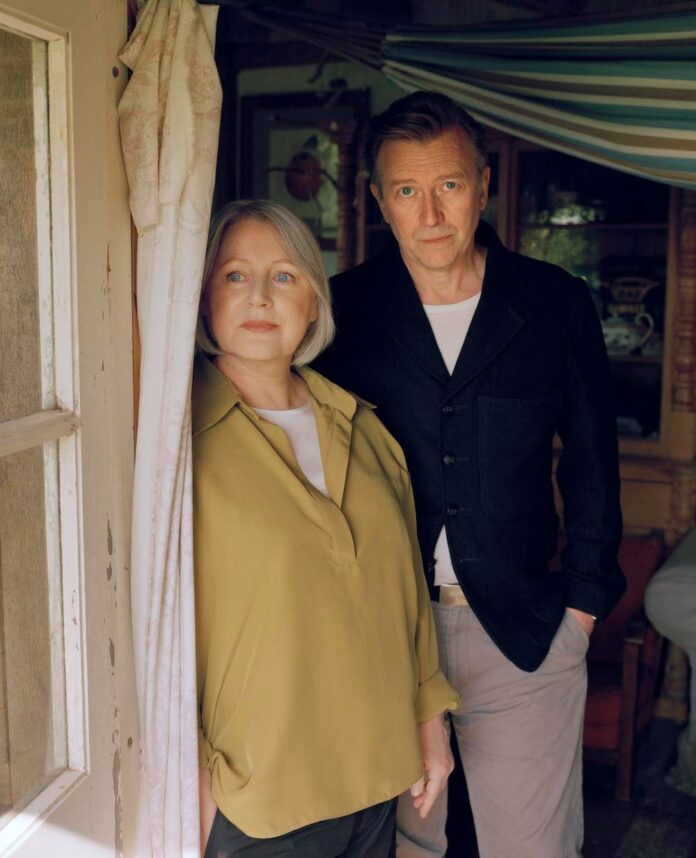 Today, vocalist Elizabeth Fraser and percussionist Damon Reece have shared a new single from their upcoming project, Sun’s Signature. “Apples” is the ethereal and epic highlight from the duo’s self-titled EP, out physically this Saturday June 18th via Partisan Records for Record Store Day, with a digital release following on July 29. “Apples” follows previous singles “Golden Air” and “Underwater,” which mark Fraser’s first new music in over 13 years. Listen here:

STREAM “APPLES” ON ALL PLATFORMS HERE

Last month Elizabeth was also honored at the Ivor Novello Awards with a Visionary Award, as a member of Cocteau Twins.

Fraser and Reece’s early careers in some of the world’s most heralded musical groups are well documented. Elizabeth, the unforgettable voice of Cocteau Twins and This Mortal Coil’s cover of “Song to the Siren,” is also internationally recognized for her vocal contributions to Massive Attack’s trail-blazing ‘Mezzanine’ LP – most notably their biggest hit, “Teardrop”. Damon, the long-time drummer with Massive Attack, also spent the ’90s as a member of Spiritualized and Echo and the Bunnymen. He has also recorded and performed with Baxter Dury, Goldfrapp, The Flies, and Butch Vig’s 5 Billion in Diamonds + many more.