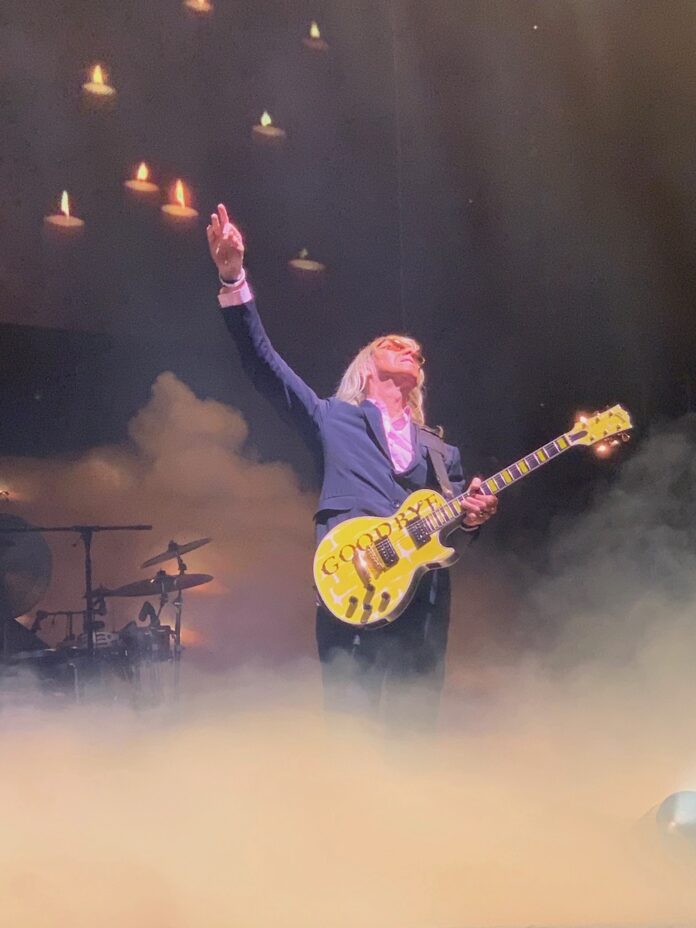 – Davey Johnstone has been Elton John’s guitarist for 50 years. He has also played with Alice Cooper, John Lennon, Stevie Nicks, Lenny Kravitz and many, many more! In his role as Music Director he will resume the hugely successful Farewell Yellow Brick Road tour with Elton and the band in the UK this week.

Davey joins Elton John on the first leg of his 9 date UK stadium Farewell Yellow Brick Road The Final Tour – which starts on Wed 15th June in Norwich Carrow Road Stadium and ends on July 4th at Watford Vicarage Stadium and includes a show in Hyde Park, London on 24th June.  They return in March 2023 for more shows in Belfast and 5 shows at The O2 Arena London.

Davey’s beautiful solo album “Deeper Than My Roots” was released earlier in the year through Spirit of Unicorn Records.

It can be purchased physically and digitally:

Check out this video “Go Easy On My Heart” featuring the extraordinary talent of Davey’s son Elliot. It is a beautiful track and we hope you enjoy it as much as us.

During the COVID-19 recess, Davey has recorded an album utilizing the incredible talents of his children, plus a few close friends. The album has a wide range and crosses genres.

Elliot, the youngest Johnstone, is lead vocalist on the record, with Davey supplying one lead vocal himself. Charlie Johnstone recorded many of the basic tracks at their home in California. Charlie also supplied keyboard and background vocal parts. Jesse Johnstone played drums remotely from his home in L.A. Jesse also joined his father and eldest sibling Tam Johnstone, on writing, recording and producing the album’s two instrumentals, “Black Scotland” and “Walt Dizney”. The beautiful artwork for the sleeve was conceived and designed by Juliet Johnstone.

Denny Seiwell, the legendary drummer from Paul McCartney and Wings helped out on three tracks, and Nigel Olsson supplied drums on “Melting Snow”.

Much of the recording was done by Major Wynn at Marlon Hoffman’s Kenrose Studio in California.