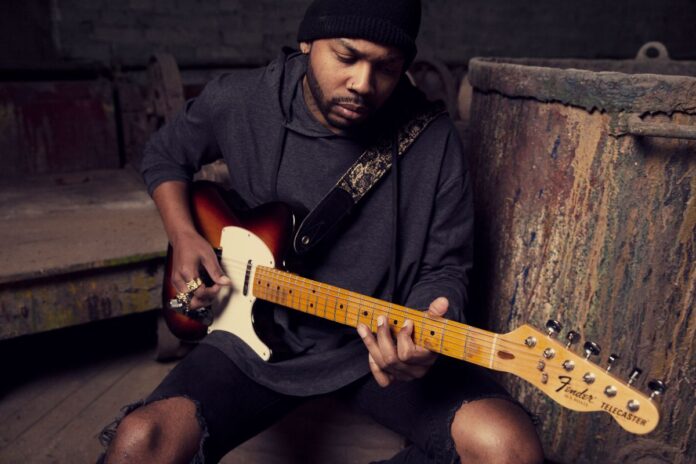 Ayron Jones has announced that his debut UK show has now been rescheduled to December 2nd but will still take place at Colours, London. Tickets for the original date remain valid and you can buy tickets here.

Jones has also released a new live teaser video which shows the Seattle rocker doing what he does best. Watch it here.

The show follows the release of his critically acclaimed debut album Child Of The State (Big Machine/John Varvatos Records) and features the latest single ‘Supercharged’. Watch the video here.

The album also features his hit US single ‘Mercy‘ and continues to garner praise in the Rock community and beyond, and has already been named one of the best albums of 2021 by Loudwire, American Songwriter and Classic Rock Magazine.

Initially gaining traction locally in Seattle as an independent artist, Jones has truly become part of the fabric of his musical origins and last week opened as a special guest for The Rolling Stones after a hugely successful US headline tour. He also recently supported American rockers Shinedown on their north American tour and is heading out with them again in the new year.

A reach that now extends well beyond his Seattle hometown, Jones has also been honing his craft as fiercely exciting performer having also previously played alongside the likes of Guns N’ Roses, B.B. King, Run DMC, Public Enemy, Rahkim, Jeff Beck, Theory of a Deadman, Robin Trower, Spearhead and more.

Jones also performed this summer at Love Rocks NYC live from The Beacon with a lineup including Jon Bon Jovi, Gary Clark Jr. and Sara Bareilles, plus is slated to join notable 2022 festivals such as Louder Than Life, Blue Ridge Rock Festival, Aftershock, Shiprocked and Download Festival among others. For updates on Jones and tour dates visit https://ayronjonesmusic.com/