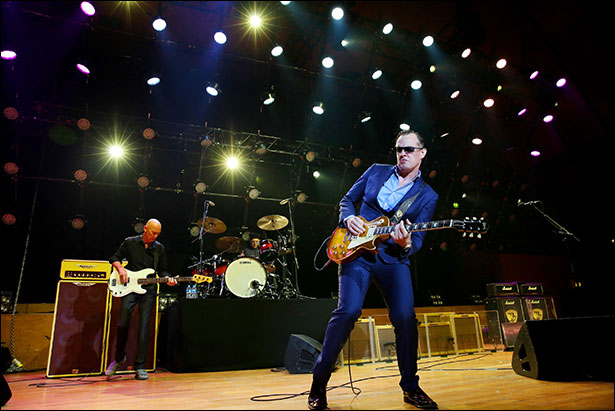 Due to popular demand from fans throughout the UK, and with only a limited amount of tickets left forJoe Bonamassa’s two London Royal Albert Hall shows in April 2017, the celebrated blues-rock guitarist and singer-songwriter, has added three more concerts to his April 2017 UK Tour.

Tickets for the three newly announced concerts will be available via a 72-hour ticket pre-sale onwww.planetrock.com at 9am on Tuesday 27 September.  Tickets will then go on general sale at 9am onFriday 30 September from ticketmaster.co.uk and www.jbonamassa.com/tour-dates.

The forthcoming UK tour follows hot on the heels of Joe’s critically acclaimed Salute To The British Blues Explosion tour that saw the American guitarist paying homage to the music of Jeff Beck, Eric Clapton and Jimmy Page.

The April 2017 UK tour will feature Joe alongside a hand-picked group of world-class musicians playing material from his latest album Blues of Desperation plus classic Bonamassa fan favourites.