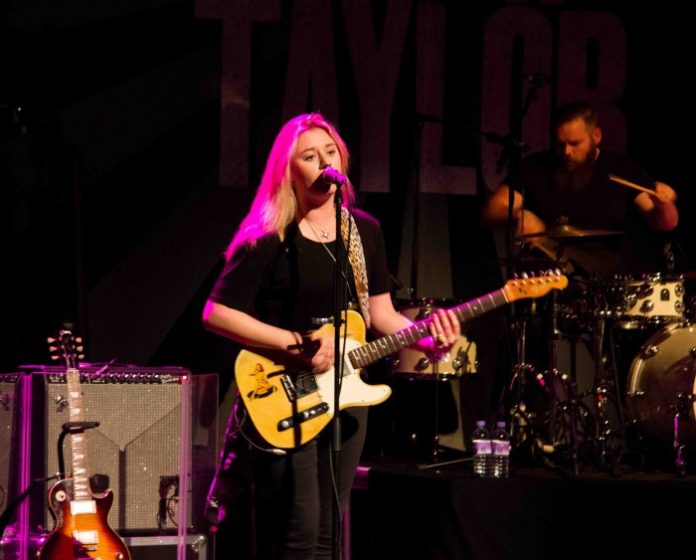 The undisputed Queen of UK blues and the hotly tipped pretenders, team up for a sold out gig 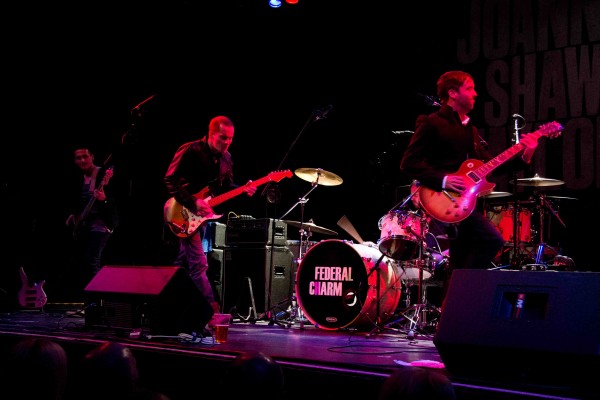 “Fast rising” just about covers the current vibe around Federal Charm. Heavy rotation on the likes of Classic Rock magazine (the patronage of MV is probably less important but is no less sincere) and high profile supports do that for a band. But the Mancunian four piece deserve every bit of the praise. The magnificent “Across The Divide” album always looked like it might take them to the “next level” and songs like the swaggering bluster of “Hercules” sound magnificent here. If they are rocky blues than blues rock these days, then “Reconsider” from the self titled debut makes sure that everyone remembers where their roots are. The campfire hoedown of “Give Me Something” by contrast shows a band that’s not afraid to take chances. Founder members Paul and Nick bounce off each other seamlessly and this a band who you sense knows that their time is now. The ambitious closer silhouette proves that. Federal Charm might have looked to the past for their sound – and Led Zep, Deep Purple, Thin Lizzy are all here – but my they have a future.

“As we are playing songs from my four albums,” she says. “I’ve tongue in cheek named this my Greatest Hits tour”. Joanne Shaw Taylor is only joking, but there is a grain of truth here. For one thing the JST has done things the old way. That is to say she’s gone out, worked hard and is now getting her rewards. Tonight is the second night that she’s sold out at this venue and for the local(ish) girl, this is essentially a victory parade.

When you are good and you know you are good, you get an inner confidence and steel. That’s Joanne Shaw Taylor basically from the moment she starts show opener “Mud, Honey”, tonight. “Outlaw Angel” allows her the chance to stretch that wonderful deep, rich voice of hers, while “Wrecking Ball” sees her threaten to cut loose on the guitar.

On “Tried, Tested And True” (“about no one in particular, and most definitely fictional” she says with a mischievous glint in her eye) she can resist no longer and, my, can she play that thing! “Jump That Train” showcases her love of classic rock and is a swirl of big ol’ sound before that too sees her again top the thing off with some wonderful guitar work.

“Diamonds In The Dirt” – the title track of album number two – adds a dark funky air to proceedings, reaching a mighty crescendo along the way, before things take a stripped back turn, with an acoustic interlude. The pick of which is the deeply personal “Almost Always Never”, just Taylor and her instrument of choice, and it’s beautifully fragile, although she’s soon back to the blues stompers with the aggressive “Watch ‘Em Burn.”

When she’s in full flow, JST is almost without peer. But even allowing for that, occasionally she surpasses herself. So it is that “Time Has Come” and it’s incredible musicianship, is arguably the highlight of the show.

The sassy “Going Home” closes things, except that stars get encores and “The Dirty Truth”, described by Joanne as a “fictional song I wrote about shooting my boyfriend…..” fulfills that role here.

Throughout, the atmosphere at times in the theatre was quietly reverential, as if the audience was watching a play, but if it was then the nights leading lady didn’t fluff her lines once. Whether the crowd is in rapped attention or raucous, the (not so dirty) truth is this: Joanne Shaw Taylor remains the best exponent of blues in Britain.