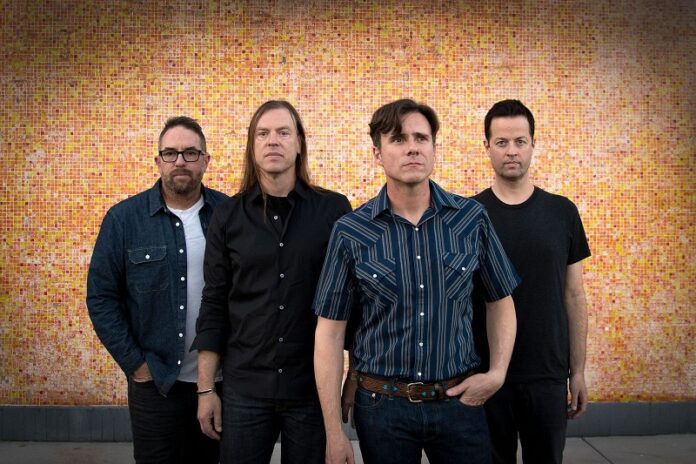 Since 2001, fans of Jimmy Eat World could confidently mark their calendars for the release of a new studio album every three years. Today, the band is in a familiar position to the lead up to the critically acclaimed Bleed American; sans-label and creatively invigorated with no one to answer to but themselves.

Produced by the band and Justin Meldel-Johnson, ‘Something Loud’ has all the qualities that we come to expect of a Jimmy Eat World song: punchy, powerful guitar driven intro, instrumental dynamics, topped off by the earnest lyrics, with Jim Adkins asking, “Do you still feel part of something loud?”

Inspiration struck Adkins as he witnessed the excitement over the announcement of October’s When We Were Young Festival. The overwhelming response to the lineup triggered a period of deep personal and professional reflection:

“While I thought I made the most of the early band days, I realize now I missed some stuff,” Adkins explains. “You’re in such a hurry to grow out of the formidable years. Like shit-togetherness is going to magically arrive when you hit some age you thought ‘grownups’ were. Yeah, it doesn’t work that way. But maybe the thing age and experience do reveal is that pivotal moments are hard to grasp when you are in them.”

The video for ‘Something Loud’ finds Jimmy Eat World present and reflective — and for good reason, as they live in the moment of this current emo/alt resurgence and embrace the back-to-basics approach. Shot at their studio in black and white, the video is simple, showing a close-knit performance, reminiscent of 2021’s Phoenix Sessions concert film series. This visual, however,  was meant to be much different as the band had been collaborating with friend and ‘555‘ co-director Mike Gill on over-the-top ideas when they got the unfortunate news of Mike’s passing. The closing scene is a nod to their late pal.

Jimmy Eat World will embark on a headline European tour later this month, including several UK dates in July – headlining London’s Brixton Academy on 6th July and 2000 Trees Festival on 7th July. Ticket info for all shows can be found at http://www.jimmyeatworld.com/tour.

$ with The Get Up Kids + Together PANGEA