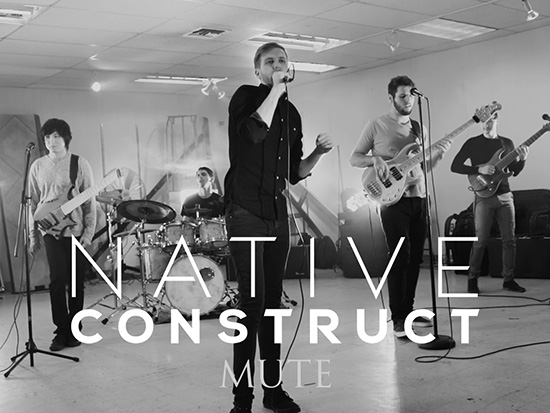 Currently on tour with Between The Buried And Me, Enslaved, and Intronaut, progressive metal outfit Native Construct has released a new video for the track “Mute“, from their recently released debut, Quiet World. Directed by David S. Brodsky/MyGoodEye (mgenyc.com), the video can be viewed now at: metalinjection.net

Native Construct “Mute” (OFFICIAL VIDEO) from Metal Blade Records on Vimeo.
Hailed as a “masterpiece” by HeavyBlogIsHeavy.com (5/5), Quiet World was written and largely self-produced while the band members were full-time students at the Berklee College of Music. What began as casual jam sessions during their free time at Berklee eventually became their primary focus as creative professionals. Having already made their mark on the Billboard charts (#56 Hard Music Albums Chart; #85 New Artist Chart) in addition to securing multiple national tours, it is anything but quiet in Native Construct‘s world.