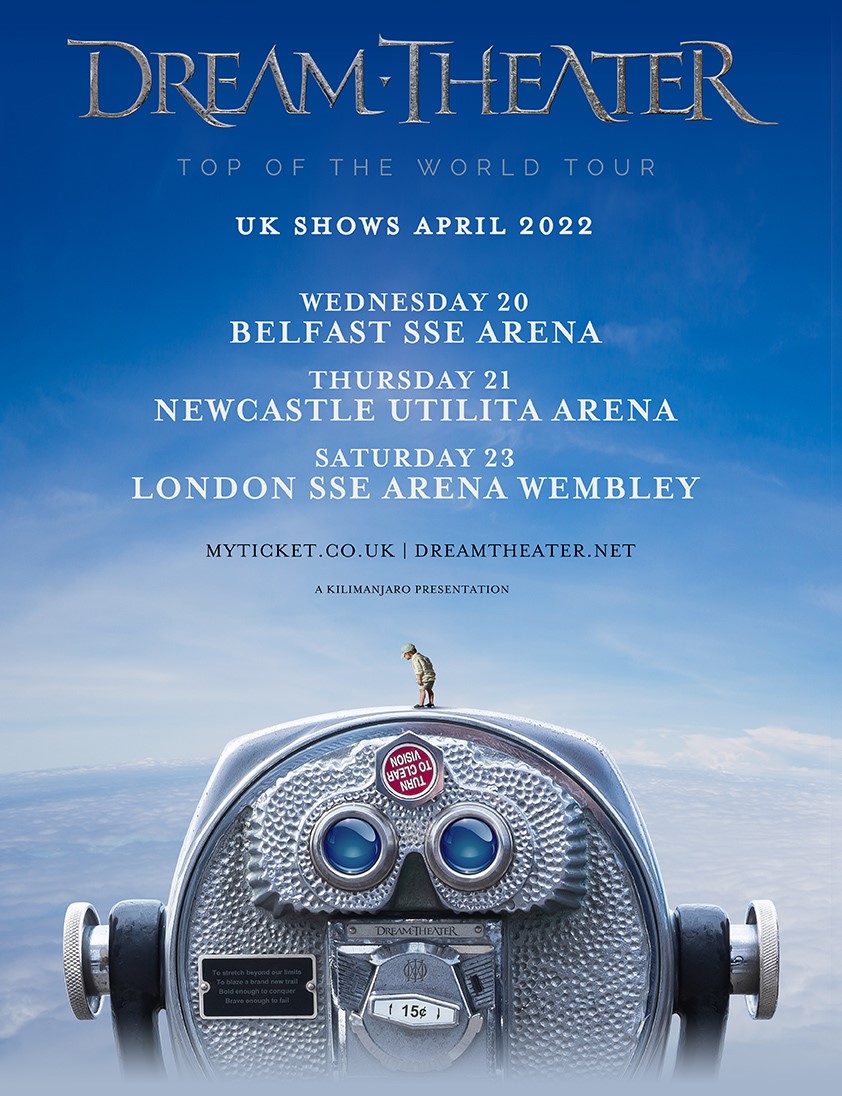 Hot on the heels of their new video “The Alien“, celebrating the launch of their 15th studio album A View From The Top Of The World, two-time GRAMMY-nominated and millions-selling progressive music titans Dream Theater have revealed further touring plans, intending to traverse Europe in spring 2022, following their autumn/winter US trek. Special guests are yet to be announced.

The UK leg includes three arena shows in April 2022, in Belfast, Newcastle, and London. Tickets go on general sale on Friday, 3rd September from all good box offices and online here. A number of pre-sales will kick off before that, including with SeeTickets, Ticketmaster, Gigantic, AXS, and Planet Rock. More information on all dates, tickets for all upcoming shows, as well as VIP packages can be found at www.dreamtheater.net.

A View From The Top Of The World – set for release on October 22 – is available for pre-order in various configurations including a limited Deluxe Box incl. Gatefold 2LP (180g bright gold vinyl) with exclusive alternate cover, limited deluxe 2CD+Blu-ray Artbook with exclusive alternate cover, Zoetrope Slipmat, Beanie, Enamel Keychain, 8 x Artcards, Poster, Hand-Numbered Certificate of Authenticity in a Lift-off Lid Box. The album is also available in a limited Deluxe 2CD+Blu-ray Artbook, Special Edition CD Digipak, Gatefold 180g 2LP+CD+LP-booklet. The Blu-ray contains a 5.1 surround sound mix with full album animations, plus ‘Digging For A Spark – A View From Inside DTHQ’, a specially filmed documentary that gives a glimpse behind the scenes of the band’s new home-base and the making of the new album. The album is also available for pre-order digitally and fans that pre-order the digital version will receive an instant download of “The Alien.” A View From The Top Of The World was produced by John Petrucci, engineered and additional production by James “Jimmy T” Meslin, and mixed/mastered by Andy Sneap. Pre-order it here.

The track listing for A View From The Top Of The World is: